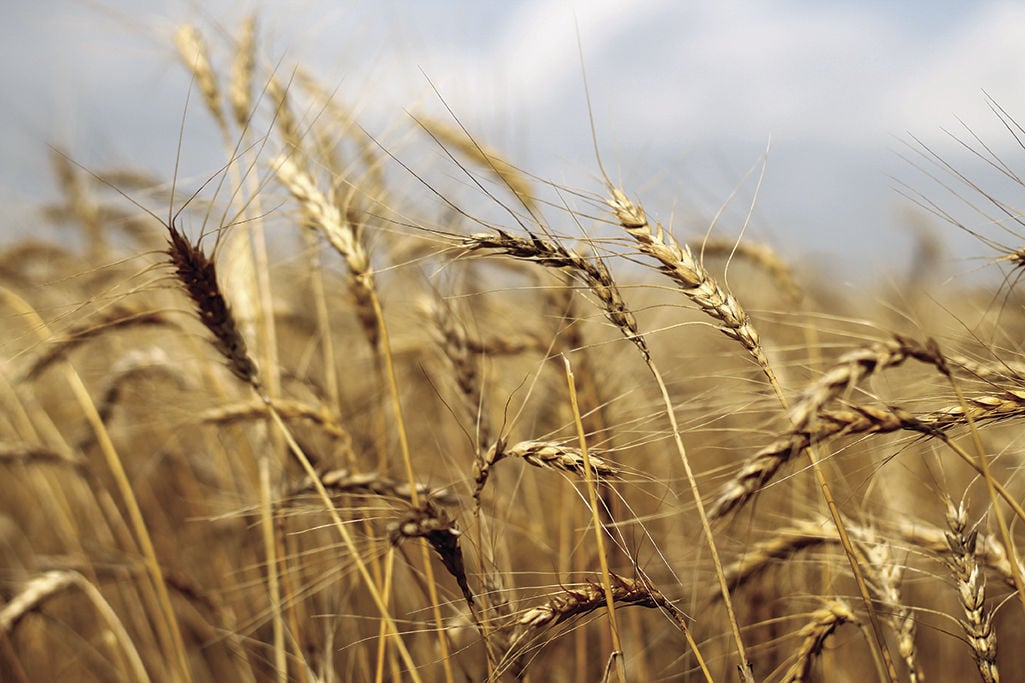 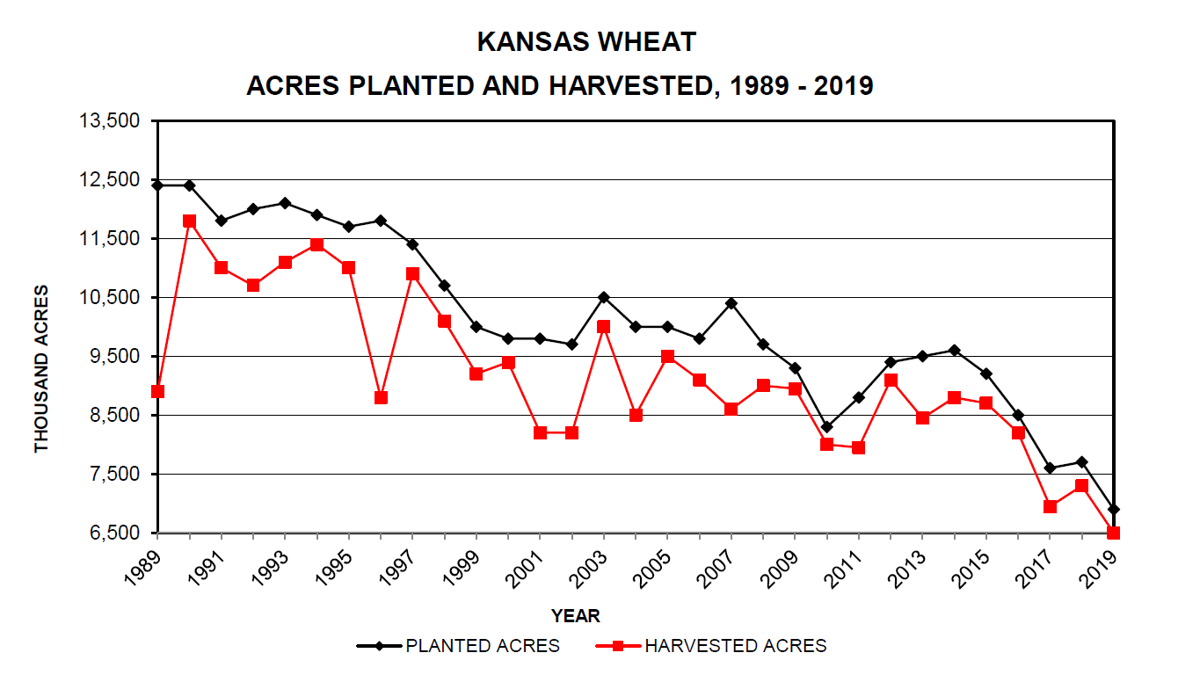 What’s Thanksgiving without stuffing, Christmas without gingerbread, Fourth of July without hamburgers, or birthdays without cake? A world without wheat looks a lot different when the most iconic of our foods are made from it. As every Kansan knows, we are the bread basket of the U.S. and produce the most wheat nationwide nearly every year. However in recent years, we are planting less of our namesake grain.

According to Trends in Kansas Crop Planted Acres from Kansas State University’s Dan O’Brien, in 2016 we had the highest bushels-per-acre record at 57 bushels but still the highest total production hasn’t been beat since 1997 with a production of 500 million bushels.   In contrast, soybeans and corn total production has nearly doubled on average over the past 20 years.

A lack of good market prices has forced down the acres of wheat planted despite good on average production per acre in recent years, with or without wet falls keeping the wheat from getting in on time. The U.S. exports wheat to a great number of countries including Mexico, Nigeria and most of the Pacific nations.

Kansas is also the nation’s leading wheat exporter at half of all that we grow. However, wheat-producing countries are just as numerous. Russia has the highest exports but Canada, Australia and many of the countries in the European Union export as well. China and India normally produce the most wheat but eat nearly all that they grow. This is a far difference from soybeans where the U.S., Brazil and Argentina have the exports cornered and China is the main importer at nearly 60 percent of all exports. As a result of this proliferation in the wheat market, wheat is more vulnerable to a market less able to be controlled.

While every operation is different, usually wheat isn’t necessarily a money-losing crop so much as it doesn’t make enough to be worth the effort. According to the 2018 Kansas Farm Management Association wheat enterprise budget for southeast Kansas, wheat lost $5.49 per acre. Talk about hobby farming. That isn’t really a fair view, as many things such as the land rent, taxes, general farm insurance and equipment interest are all part of the equation and those have to be paid whether wheat is growing or not.

The necessity to replace the function of wheat comes down to the loss of revenue as bare fields produce nothing of value and bare fields also risk erosion losses. Erosion is not even throughout a year. The majority of soil losses occur within two or three hard rains that often come in the mid to late spring timeframe when normally wheat protects soil. Therefore, as many farmers use it already, wheat is a cover crop.

The replacement for wheat needs something that generates at least some revenue and covers the soil during the spring rains. Cover crops fill the role of protecting the soil but they need to make money too. Cover crops can be cheap, diverse and flexible but direct revenue involves cattle as some point.

• Cattle Grazed: The most logical would be cattle-grazed cover crops. However, it requires both cattle and fences. Also, even the operations that do have cattle often can’t fully utilize all the fields that could be used. It’s too much too quickly over a short timeframe.

• Silage: Silage of cover crops, including wheat, is rarely done in this part of Kansas but is actually common in some parts of the country. Kansas State University has done research looking at barley silage being comparable to corn silage. Barley, filling grain earlier than wheat, would be a more logical replacement in conjunction with no-till, double-cropped soybeans or even corn.

• Baleage: Similar to silage but fitting for a different type of operation and slightly different equipment.

• Haying: Of course, most cover crops can be round baled, too. Just remember that removing forage from a field in haying or silage takes a lot of nutrients with it, especially potassium.

The only suitable grain crop to replace wheat is canola, but its main complication is a hard one to overcome — there is nowhere nearby to take it. Although it might not seem like it, alfalfa can also be considered a wheat replacement. Alfalfa acts as a semi-permanent cover crop as far as soil conservation goes, and according to KFMA data, one of the most profitable crops that can be grown, if you have the time and market for it.

Despite the reduction of wheat fields in Kansas, we are still not likely to lose our “Wheat State” title to North Dakota any time soon. Still, wheat serves financial and ecological functions that requires certain adjustments if its acreage needs to be reduced in a farming operation.

(James Coover is a crop production agent for the Wildcat Extension District.)