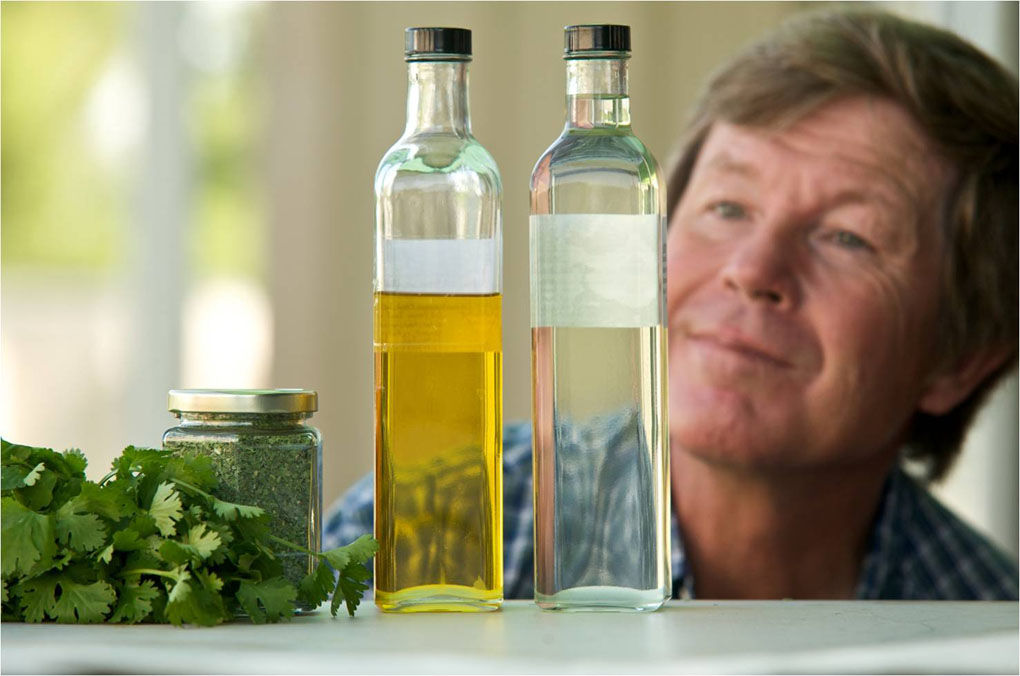 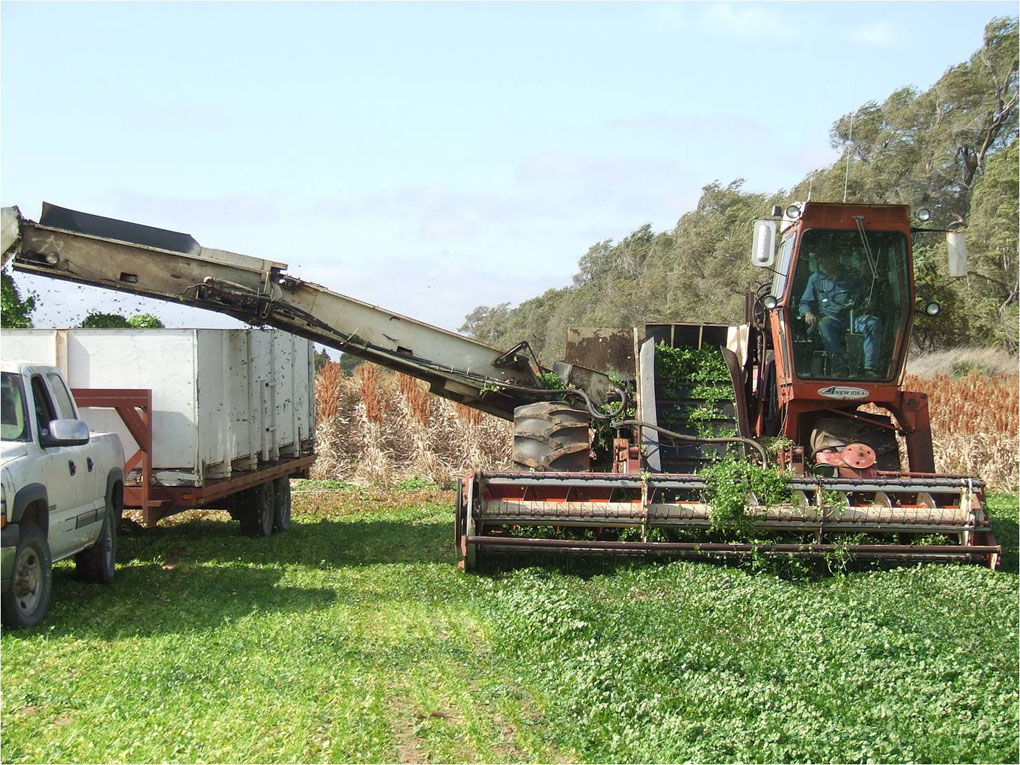 The ATEP research sponsored lab in Stillwater, Okla. harvests cilantro to extract the oil and dehydrate the remaining plant to become shelf stable.

The ATEP research sponsored lab in Stillwater, Okla. harvests cilantro to extract the oil and dehydrate the remaining plant to become shelf stable.

As agriculture continues to grow and change to meet the de-mands of its consumer, so do the options for today’s producers.

Diversification allows small producers an opportunity to remain competitive by using value added products to meet the demands of the ever changing consumer.

Under the direction of Maness, Ambient Temperature Ex-traction Partners in Santa Barbara, California, and OSU’s Food and Agriculture Product Center in Stillwater, Oklahoma, have teamed up as a sponsored research lab where producers in Oklahoma and surrounding states can learn more about utilizing processing crops and value added processing to increase their profits.

For 20 years, Maness has been a professor at OSU, and he has been conducting research using alternative methods of extracting pecan oil from pecans.

ATEP originally began research and development work at Texas A&M University in 2001 and by 2003 had their first research sponsored lab underway. It wasn’t until January of 2006 when ATEP decided to move the sponsored research lab to OSU after meeting with Maness in November of 2005 and discussing his pecan research work.

“Dr. Maness got what we were trying to do,” Patricia Klee, principal and managing member of ATEP, LLC, says. “His past research and knowledge of the project made coming to OSU an easy choice. The Food and Agriculture Product Center is a great resource for not only our team but also for the producers who utilize it.”

“I can sum up the ATE process in three words—it’s just better,” Maness explains. “The dehydrated product is a great alternative to fresh. We have cilantro which was harvested in November of 2008 dehydrated in February of 2009 into a shelf stable product and once it rehydrates it taste just like the fresh product and has similar nutritional content as the fresh product. Other dehydrating processes use high temperatures and pressures which removes the nutritional content as well as the aroma and flavor.”

After moving the lab to OSU, Maness and ATEP began using select botanicals which would be farmed and cultivated for ATEP research and development of value added products and new product development. By 2008 the Research and Development Lab had expanded to a variety of botanicals, tree nuts, agricultural and oil seed projects for clients worldwide.

“We have worked with clients from across the globe,” Klee adds. “Including clients from France, Australia, Canada and throughout the United States. Dr. Maness is working on a grant from the Oklahoma Department of Agriculture to increase research on other processing crops grown in Oklahoma and to also create new products. We currently have conducted research on 12 different products including several herbs, spinach, mushrooms and a variety of tree nuts.”

The research and development lab works with potential clients who are interested in growing a particular crop and have no idea how to grow it or works with large companies to help update the company’s current extraction process.

“We help problem solve and develop new ideas for the producer,” Maness adds. “It doesn’t matter if the producer has never grown the crop before, we can provide strategies and tips on how to be successful and even provide step-by-step instruction. We also work with large companies that already have an extraction process in place and provide ways to improve their process with new equipment and a new system.”

According to Maness, other extraction processes compress the product to extract the oil which leaves the remaining product unusable and unable to extract all of the oil. The Ambient Temperature Extraction system uses 100 percent of the product by extracting the oil and leaving the remaining product to be dehydrated which is just as valuable if not more valuable as the fresh product and the producer has two products to market instead of one.

“We use crops which can be grown in the Oklahoma region,” Maness says. “This means we look at plants which are native here like canola but we also look at plants like cilantro where using the Ambient Temperature Extraction system small producers are able to make a profit  because they have a value added product which costs less to produce and has less labor involved.”

Not only offering solutions and suggestions, the sponsored research lab can also test different plants which producers might be interested in.

“If we have not piloted a particular plant, all we need is 20 to 40 pounds of the material so we can run a pilot study and figure out the size of equipment needed and what the nutritional content of the dried product will be,” Klee adds. “This helps the small producers as the start up cost of figuring out if the product will work is minimal and the research lab can provide the results of the study quickly to know if the crop is a possibility.”

For more information on ATEP and how low pressure and low temperature extraction works contact Niels Maness at Oklahoma State University at 405-334-1205.