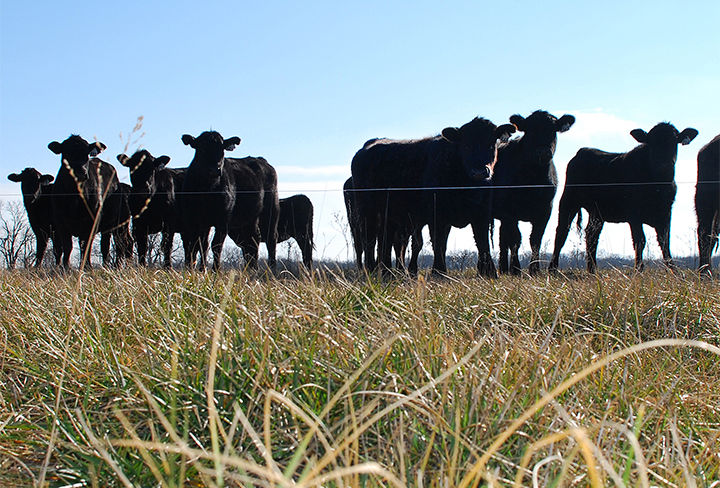 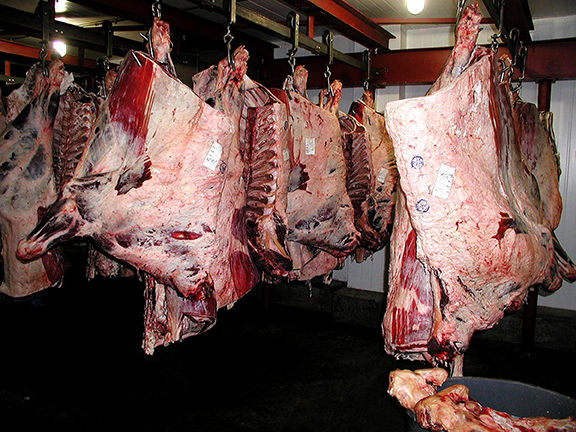 In the day where “fake news” is running rampant on social media, “fake meat” probably shouldn’t shock many of us. However, companies are creating — and marketing — meat grown in a laboratory.

These companies are using a marketing strategy centered around the lab-grown meat being environmentally friendly, said Sara Place, director of sustainable beef production research for the National Cattlemen’s Beef Association, at the 49th annual Beef Cattlemen’s Conference in Monett, Missouri. They are saying it’s better from a sustainability standpoint.

Activist groups like to throw out the word “sustainable” and say agriculture needs to do more to become more sustainable but beef production already is, Place said.

“Meat from plants is called beef,” she reiterated.

Questions about beef’s carbon footprint and greenhouse gas emissions arose from just two sentences in the executive summary of “Livestock’s Long Shadow”, published by the Food and Agriculture Organization of the United Nations in 2006.

“It was an over 400 page report,” she said “It contained a lot of information. Some of it is good but, as is typical, there are just two sentences in the executive summary that got picked up by the media that are still being repeated today even though they’ve been debunked.”

Those two sentences basically say the livestock sector is a major player in greenhouse gas emissions, responsible for 18 percent of GHG emissions measured in carbon dioxide equivalents, and that this is a higher share than transport — basically, that livestock produce more GHG emissions than all the automobiles in the world.

“That is just flat out wrong,” she said.

“Every time you read a news article that compares cattle versus cars, this is the origin of that comparison.”

To get to this conclusion, the U.N. FAO report used “life cycle assessment” methodology, Place said, explaining it included all the GHG emissions in the beef production chain from feed production to the consumer’s plate. It also included land use change to account for desertification and deforestation.

“[Land use change] is a concern in some parts of the world but we’re not in Brazil,” she pointed out. “We’re not deforesting large amounts of the United States.”

In the U.S., it’s kind of the opposite, she explained, adding cattle can help prevent land use change in this country.

Prior to 2006, coverage of beef in relation to climate change in the media was “pretty much nonexistent,” she said. Now, it is one of the top topics the NCBA staff sees every day.

Part of the issue with the report was the life cycle assessment methodology. The livestock sector was examined using this method but transport was not.

“It was really an apples-to-oranges comparison,” Place said, adding though this is a known fact, it’s still spread because “it fits the narrative the media wants to tell.”

In the U.S., enteric methane emissions — methane emissions created naturally by rumen and digestive tract microorganisms — are about half of beef’s carbon footprint. Of these emissions, 95 to 98 percent of the methane exits the animal’s mouth.

Place showed data from the Environmental Protection Agency showing beef cattle enteric fermentation is about 1.8 percent of U.S. GHG emissions. All other agriculture accounts for 6 percent. In contrast, landfills are 1.8 percent, transportation is 26.4 percent, electricity is 28.9 percent, and all other human-caused emissions are 35.2 percent.

And according to the U.N. FAO, U.S. beef cattle enteric methane emissions have decreased by 34 percent since 1975.

Though enteric methane explains why beef’s carbon footprint is higher relative to other foods, there is a “sustainability trade-off” — cattle eat what people can’t such as grasses, hay, agricultural by-products and other human inedible plant parts and convert it to high-quality protein with B vitamins, iron and zinc.

“Cattle produce more protein than they use,” Place explained, reminding ranchers of beef’s upcycling potential. For every 0.6 pounds of human edible protein cattle consume, there is a return of 1 pound of human edible protein in the form of beef. And 86 percent of what livestock eat globally is not in competition with human food, she added. Ruminants also require less human edible feed than monogastric animals such as pigs and poultry.

Another issue to consider is the 770 million acres of U.S. rangeland that is unsuitable for growing crops, Place said. In the Midwest and Northern Plains, 70.9 percent of cow-calf operations graze crop residue. In Oklahoma, Kansas and Texas, about 1.9 million cattle are grazed on small grains, so farmers are getting double-duty out of their land.

Overall, Place pointed out, the U.S. beef industry’s environmental footprint has been shrinking.

“Compared to 1975, 33 percent fewer cattle were required to produce the same amount of beef in 2015,” she said in her presentation. This is a result of precision farming and improved crop yields, genetics, nutrition and health, as well as numerous other improvements the agricultural industry has implemented over the last few decades.

Place explained if every American went vegan and all livestock in the U.S. disappeared, U.S. GHG emissions would reduce by only 2.6 percent — or 0.36 percent of global emissions.

“Overall, the removal of animals resulted in diets that are nonviable in the long or short term to support the nutritional needs of the U.S. population without nutrient supplementation,” she said in her presentation, citing a 2017 article by Robin R. White and Mary Beth Hall from the Proceedings of the National Academy of Sciences.

“Sustainability is all about trade-offs,” she said, adding producers should continue to look for ways to reduce the environmental footprint of not just beef, but all foods.

The focus needs to be on continuous improvement, she concluded.