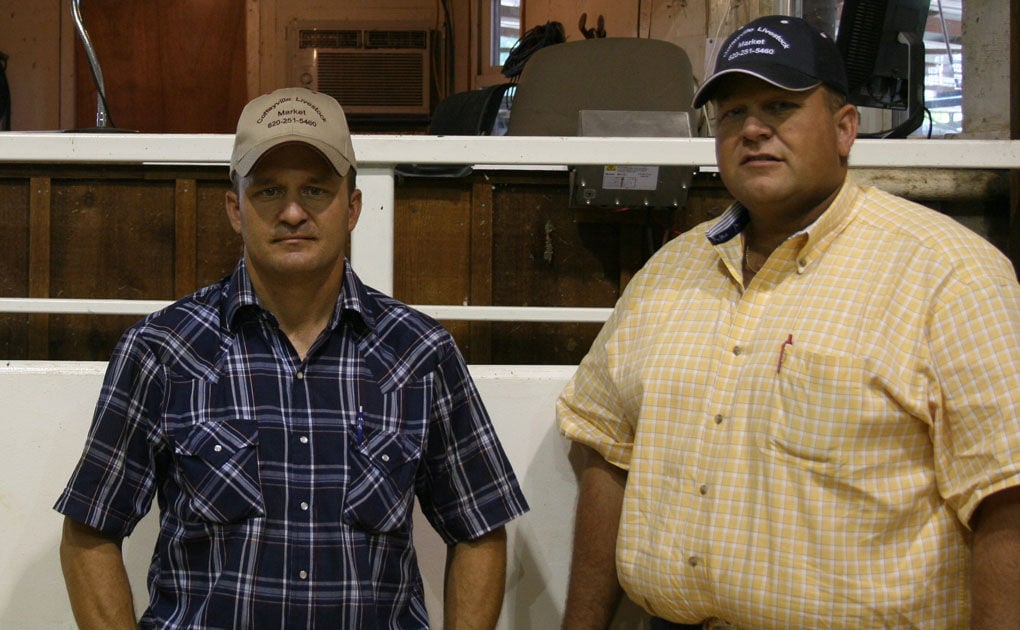 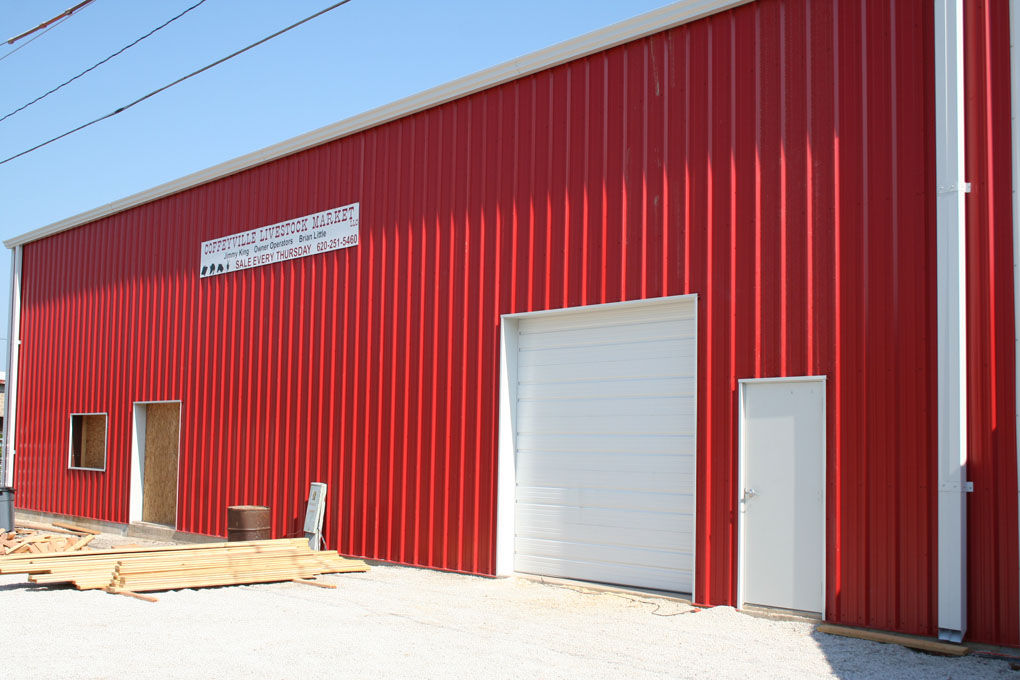 The new livestock pavillion at the Coffeyville Livestock Market will help centralize business conducted on a daily basis.

The new livestock pavillion at the Coffeyville Livestock Market will help centralize business conducted on a daily basis.

Filled with history, memories and friendships, the stockyard in Coffeyville, Kansas has provided many in the four-state area a place to gather and share a common interest with others.

By 1948, Howard Otten, a former buyer for the St. Joseph, Missouri and the Wichita Stockyards, bought out the commission companies and started the first public auction with Homer Savage of Hominy, Oklahoma. Otten owned and managed the auction until he retired and sold the business in 1970 to Ron Patton. Patton owned the stockyard for eight years, selling it to Jim and Michele Miller who owned the stockyard for 26 years.

In October 2004, the Millers sold the facility to the current owners, Jimmy King and Brian Little. Both King and Little have many childhood memories at the stockyard, and during the past six years they have made many changes including the sale day, new feed and water pens, a new vet facility, covered pens, shading and fans.

“Jimmy and I saw buying the stockyard as a great opportunity,” Little says. “We both have memories of coming to the stockyard when we were younger and Jimmy also worked here when he was a teenager. Besides the memories we saw an opportunity to take some-thing with as much history and tradition and turn it back into a thriving business.”

Like with any new business, new ideas are formed and one of the newest ideas for Little and King is to take down the 70-year-old livestock pavillion.

“This was a really tough decision for Jimmy and I,” Little says. “We realize and appreciate the history of this facility but we needed to improve and update the stockyard for future growth. We want this facility to be a place where producers can be proud to do business—just as their parents and grandparents once did.”

Since taking over six years ago, King and Little have continued to make improvements each year as they could.

“Our consignors and buyers are very important to us,” Little explains. “We want our customers to know we care and appreciate them. By us improving our facilities shows we are trying to provide the best care we can to protect their livelihood. We are both passionate and love being able to serve our customers. These improvements are our way of showing our customers we appreciate them.”

According to King, they encourage their customers to come and see how they care for their animals.

“We take our role in caring for our customers’ animals seriously,” King adds. “We want our customers to know we are providing adequate care for their animals. By covering the feed and water pens allows for the animals to be out of the weather,” King adds. “In addition to covering those pens we also put in new hay feeders and automatic waterers. The animals always have plenty of hay and clean, fresh water to drink. Once a week we clean out the waterers and make sure they are ready for another week. Also, the fans were installed to help keep the animals comfortable in the summer heat.”

Putting canopy tarps on the pen-back-pens is another improvement which has been made.

to be moved back to the regular pens,” King says. “It is at least 20 to 25 degrees cooler with the tarps on the pens—which makes a big difference in the summer and helps reduce shrink.”

While King and Little have made many improvements to the current facility they plan to leave the three wooden barns which are used for hogs, sheep, goats and young calves.

“For being built in the ‘30s these buildings and pens are functionally sound,” Little adds. “These pens continue to hold up well and serve a needed purpose.”

However, as part of the remodel plans, King and Little, plan to tear down the old commission building and replace it with a new building. The new building will have a place for the employees and a one bedroom apartment for truck drivers waiting on their load. It will also

have a four car garage which will be used for storage and equipment. They also plan to tear down the old house and storage building across the street which is currently serving as the main office to increase the parking lot.

“The new pavilion will centralize everything,” King explains. “We are excited we will be able to have our office in the new building. The new facility provides a new modern kitchen area with a larger dining area, a larger more convenient office area for buyers and sellers, new men’s and women’s restrooms, individual stadium seating and the facility will be more handicap accessible. We are excited about the changes and the process that has been made.”

During the construction period of the new pavilion, the Coffeyville Livestock Market has continued to hold their weekly Thursday auctions.

“It was important for us to continue to hold our weekly markets,” Little adds. “We want our customers to see what we are doing and are committed to serving them.”

“We have made a lot of improvements,” Little explains. “We take our role of caring for our consignors livelihood very seriously and with the improvements we have made, we are better able to serve them. We are very pleased with the progress and look forward to beginning a new era in the legacy of the old Coffeyville stockyards.”