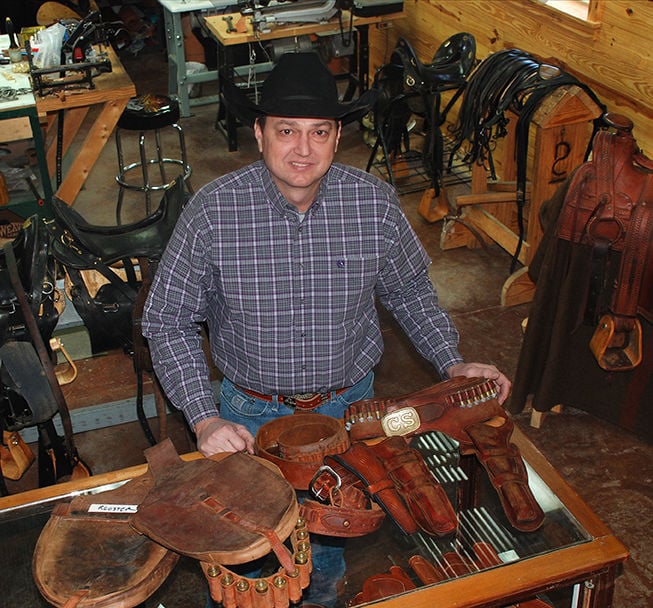 David Carrico at his Carrico Leatherworks in Edna, Kansas. 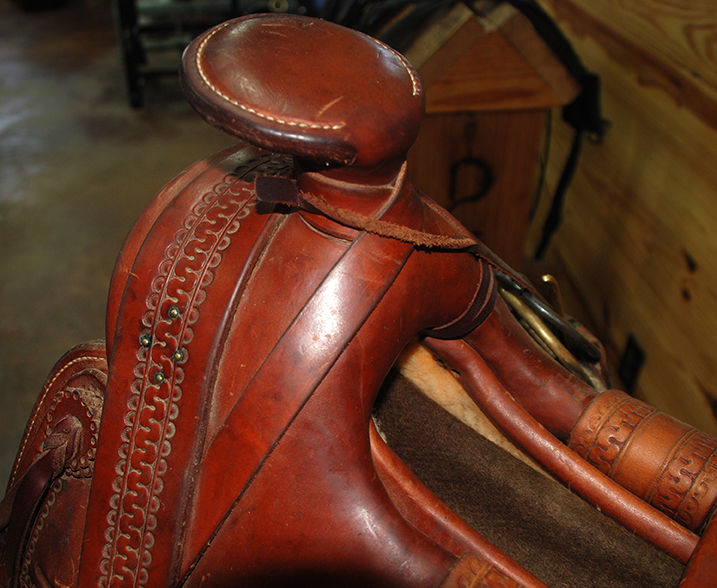 David Carrico at his Carrico Leatherworks in Edna, Kansas.

David Carrico’s future is in the past. From his leather shop in Edna, Kansas, he reaches back to the days of cavalry charges and trail drives, breathing new life into the Old West motion pictures.

That gun belt and holster Matt Damon straps on in True Grit? Carrico made it. The holsters Josh Brolin draws from in Jonah Hex? Carrico again. Add to that a company of McClellan saddles for cavalry scenes and a firmament of Hollywood stars relying on his tack to create cinematic authenticity.

You may have heard of some of his customers — Jeff Bridges, Charlize Theron, Brad Pitt, Christian Bale, Ed Harris, Tommy Lee Jones, Viggo Mortensen, Buck Taylor and others. From the stars to the extras, everyone has to be outfitted accurately for the era they’re portraying and part of that responsibility falls to Carrico.

From saddlebags to surcingles and scabards, he crafts brand new creations, handmade to echo from the distant past. It was in the not-so-distant past, however, that Carrico’s journey began. As a student at Coffeyville Community College, Carrico took a living history class that included an 1800s cavalry reenactment. Coupled with his leatherworking hobby, the experience led to making the occasional belt or small tack for other reenactors.

After graduating from Kansas State University with a degree in ag education, he found teaching jobs in the area were scarce so he put a shingle out and began making Old West tack.

In 1990, Carrico and other area reenactors appeared as background riders in the movie, “Son of the Morning Star,” and that gave him an “in” for movie work.

“Little by little, I started making connections,” he explains. “I’d meet the prop masters and tell them, ‘I can make that.’ Slowly, I started getting orders and the business has continued to grow. I still make things for reenactors but the movies have become the biggest part of my business over the last few years.”

One of the reasons Carrico’s work is in increasing demand likely has to do with his uncompromising dedication to authenticity.

“My goal is to make everything as authentic as possible,” he says. “Before the internet, we went to a lot of museums. I have an old cavalry ordinance manual that gives me a lot of good information. Research is just part of the job — I want it to be authentic right down to the buckles.”

Not all of Carrico’s movie involvement begins in his leather shop, though. He recently served as the cavalry adviser for the upcoming Christian Bale film, “Hostiles.” He trained the actors to ride as cavalry soldiers — from how to properly mount and dismount with a carbine, to proper drill and commands. He also was the cavalry coordinator for another show, “Monsters of God,” a pilot for TNT. That involved coordinating background riders, many of them southeast Kansas and northeast Oklahoma ranchers and cowboys.

“It’s hard work but it’s fun, too,” Carrico says. “It’s 4 a.m. to dark — or longer — and there’s a lot of sitting around and waiting but you have to be ready and you have to do it right.”

A sampling of the movies and television shows Carrico has been involved with include The Magnificent Seven, True Grit, 3:10 to Yuma, The Alamo, Appaloosa, The Wild, Wild West and Ride With the Devil, as well as HBO’s Westworld, the TNT miniseries Into the West and the History Channel’s Investigating History. He was also featured making a double loop holster and cartridge belt on How It’s Made on the Science Channel.

At one time, the Western had faded somewhat in Hollywood but Carrico sees a bright future for tales of the men and women of the Old West.

“With cable and on-demand channels like Netflix, there are a lot more outlets for Westerns and other types of historical productions,” he says. “I think we’ll see more, not less.”

And if that’s the case, David Carrico needs to get busy in his leather shop, crafting the details that will bring the Old West to life. £