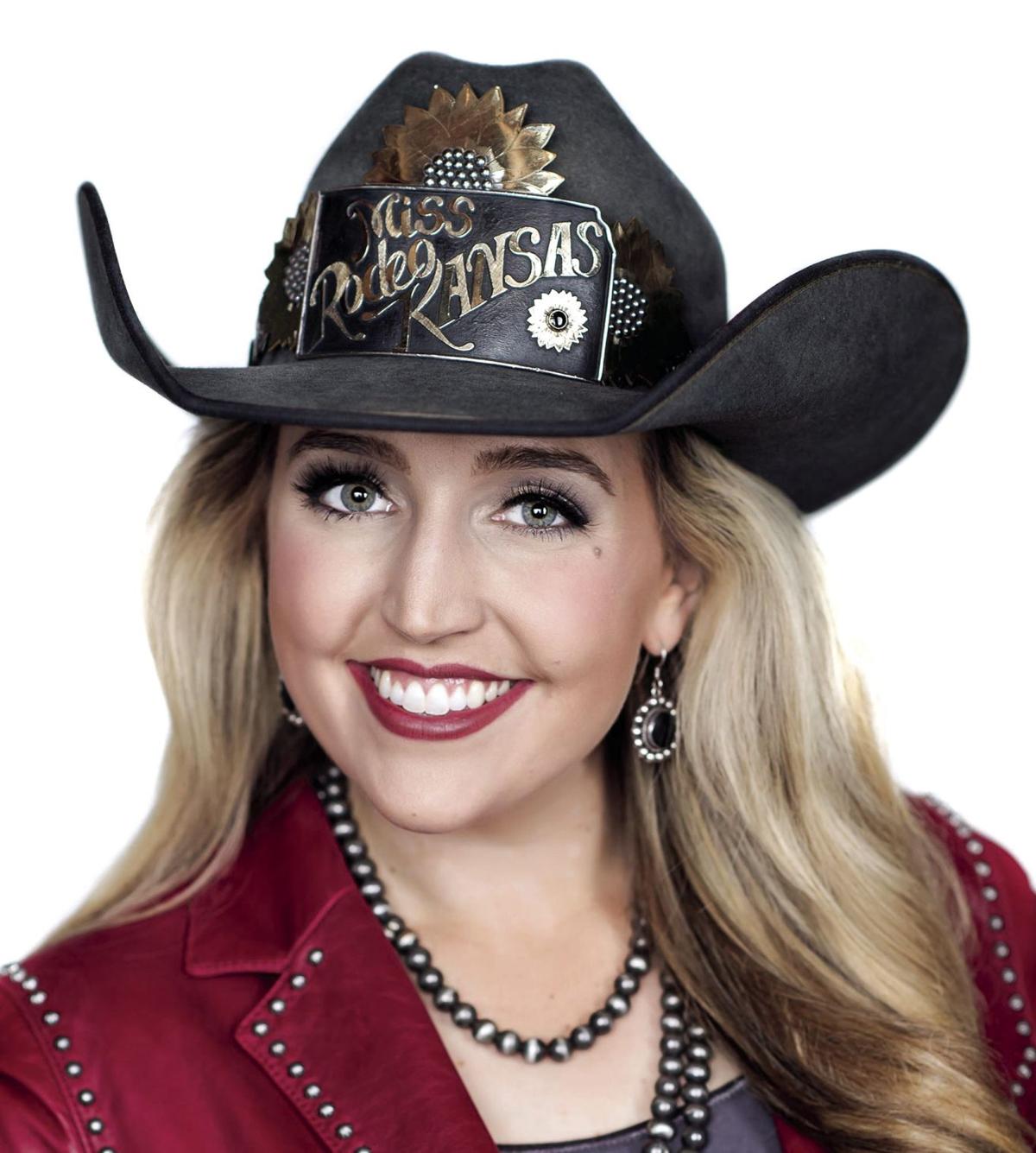 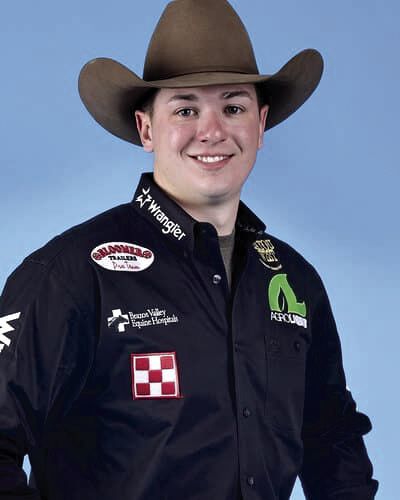 Alma, Kansas, tie-down roper Cooper Martin will be competing for his third time at upcoming the National Finals Rodeo in Las Vegas. 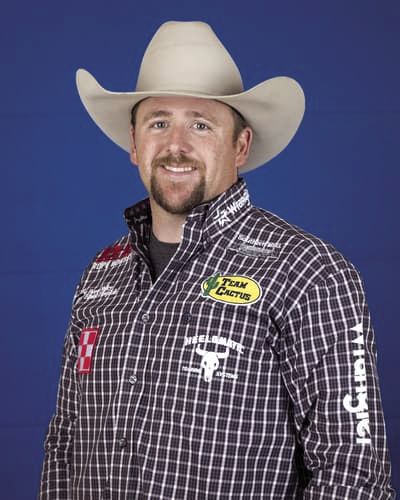 Jake Long of Coffeyville has qualified for the National Finals Rodeo in Las Vegas placing fourth in team roping heeling. 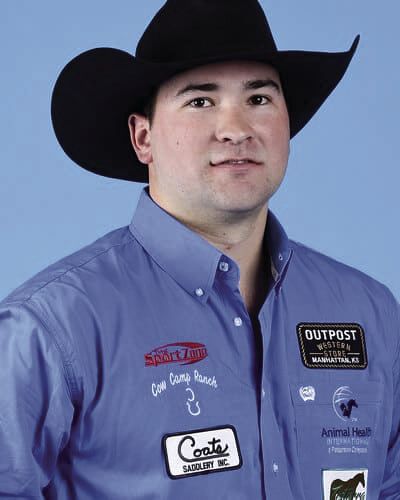 Tanner Brunner, Ramona, will be competing in steer wrestling at the National Finals Rodeo in Las Vegas, Dec. 5-14.

One cowgirl and three cowboys are headed to Las Vegas, Nevada, for the National Finals Rodeo.

Each one is already a champion in their own right. The Kansas delegation is led by Miss Rodeo Kansas 2019 Brooke Wallace, Council Grove, in the Miss Rodeo America Pageant.

Jake Long of Coffeyville is competing in team roping as a heeler. Cooper Martin of Alma will be in the tie-down roping, while Tanner Brunner of Ramona competes in steer wrestling.

The Wrangler National Finals Rodeo, Dec. 5-14, is the season-ending championship event for the Professional Rodeo Cowboys Association. Acknowledged as the richest and most prestigious rodeo, it showcases the very best cowboys, cowgirls and livestock in the world.

Top 15 contestants in the standard rodeo events qualify for the NFR based on money won during regular season rodeos. At the conclusion of the NFR’S 10 rounds of competition, world champions are determined based on total yearlong earnings.

Brooke Wallace has represented the sport of rodeo as Miss Rodeo Kansas throughout the country during the past year. The weeklong Miss Rodeo America Pageant started over the weekend and ends Sunday, Dec 8, with the new queen coronation.

Jake Long has had one of the best regular seasons of his team roping heeling career roping behind several headers. He will enter his ninth NFR in fourth place regular season standings with earnings of $106,896.

Then in June, Long started roping with Dustin Egusquiza. He finished up the season with Egusquiza who ended up 16th in the world standings.

When Long ropes at this year’s NFR, he will be heeling for three-time world champion Clay Tryan. They won $30,000 each at a jackpot in North Dakota during June and anticipate such success running 10 NFR steers.

Both of Long’s parents roped and he always had a rope in his hand, even as a toddler. Long started out roping calves, but when he tried team roping, Long was hooked.

Long attended college at Northwestern Oklahoma State University in Alva where he met his bride to be Tasha. Now rodeo is a family affair for them. The couple has two daughters, Haven, 11 years old, and Haizlee, 7.

Horsepower is always a key element in rodeo and Long rides “The Best.” Zans Colonel Shine called “Colonel” is a two-time PRCA American Quarter Horse Association Heeling Horse of the Year. Colonel had success in the AQHA horseshow world before Long bought him in the fall of 2010.

When it felt right and the horse wasn’t making any mistakes, it was time for rodeo competition. In 2012, Long rode Colonel for seven of the 10 rounds at the NFR.

Long missed the NFR in 2013 but has been there every year since crediting Colonel for much of that achievement. "Colonel is a calm and loveable horse that our daughters enjoy riding, too,” Long said.

A three-time NFR qualifier, Cooper Martin is coming in at 15th in regular season tie-down roping standings with $86,260.

One might assume after twice qualifying for the NFR getting back wouldn’t be too difficult.

However, each of Martin’s three consecutive qualifications has had him, family and friends holding their breaths.

The first year Martin competed in the NFR, he started in 14th place. Last year, Martin was back again in 13th, but hadn’t been in the standings until he had a lucrative 2018 Fourth of July.

This year, Martin started the new year with a big win in Colorado at Denver’s National Western Stock Show. It seemed Martin might not wait until late in the season to punch his ticket to Las Vegas.

In April, Martin was 11th in the world standings. After another good Fourth of July run, he moved up to seventh. Then, Martin started dropping when he wanted to be moving up.

Martin has had success in Las Vegas the past two years winning a round in each of those qualifications. Last year, Martin didn’t get a check until the sixth round where he took first place

His rancher dad is an order buyer, mom’s a teacher, and sister Caxton a champion cowgirl in her own right.

Joining the PRCA in 2015, Martin has professional rodeo career earnings of more than $351,000.

Tanner Brunner is returning for his second NFR in steer wrestling. He qualified in sixth place last year, but only placed in one round dropping to 15th by the finals end.

This year Brunner comes into the finals in 15th with $74,950 anticipating moving up during 10 rounds of steer wrestling.

Brunner grew up in a ranching and rodeo family. His father Tracy was a champion steer wrestler; his mother Yvonne and older sister Cat compete successfully in barrel racing.

Winning his first saddle from a youth rodeo series when just 9 years old, Brunner became involved in other sports, too. The cowboy-athlete quickly learned how to manage his time.

Brunner would often play football on Friday night and then go home and help with ranch chores and be off to a rodeo on Saturday night.

While in high school, Brunner served several leadership positions including being president of the Centre FFA Chapter at Lost Springs.

Brunner competed in tie-down roping and team roping as well as steer wrestling and twice qualified for the National High School Rodeo Finals.

Football might have been a possibility in college, but Brunner’s passion for rodeo and livestock won out. He attended Kansas State University, qualified for the college finals twice, and graduated with a bachelor’s degree in animal science.

This year Brunner was successful at rodeos both near and far. He won the Beef Empire Days Rodeo in Garden City, one of the bigger rodeos in his home state.

Brunner also tallied wins north of the border at the Ponoka and Medicine Hat Stampedes in Alberta.

Rodeo successes are determined by skill but luck of the day and the draw come into the equation. Cowboys can become a bit superstitious sometimes. Tanner Brunner doesn’t put his hat on the bed, never eats chicken rodeo day, and won’t wear a yellow shirt.