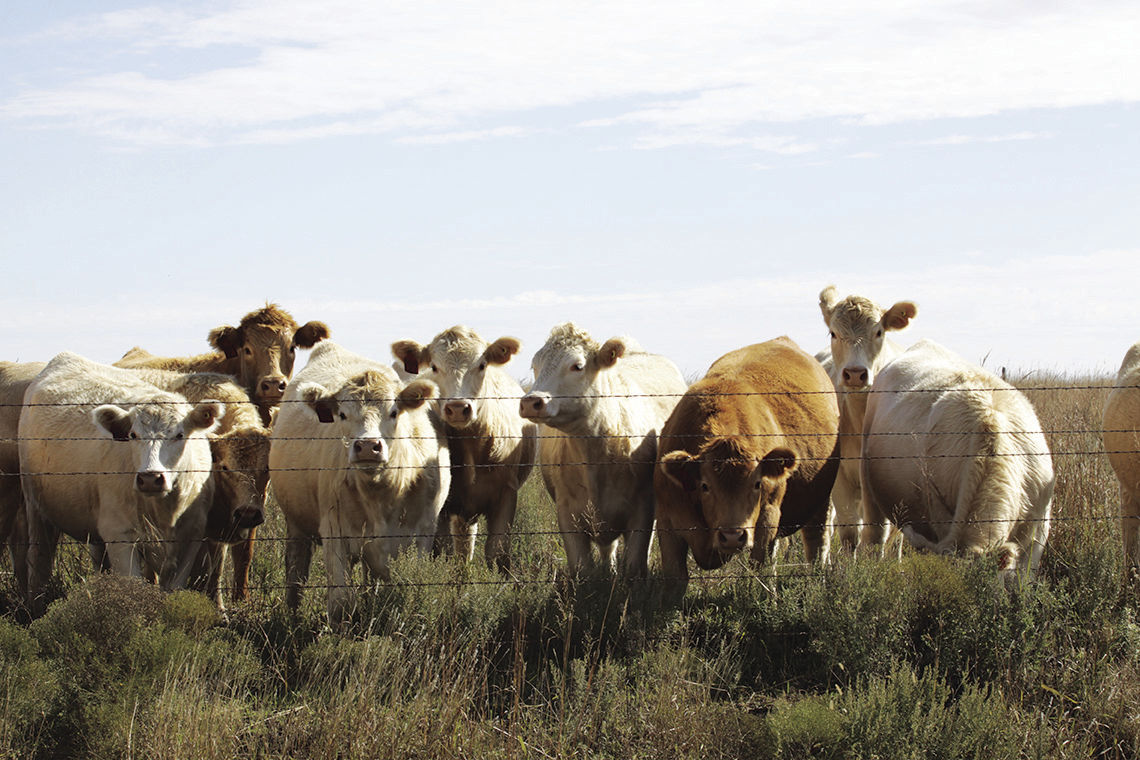 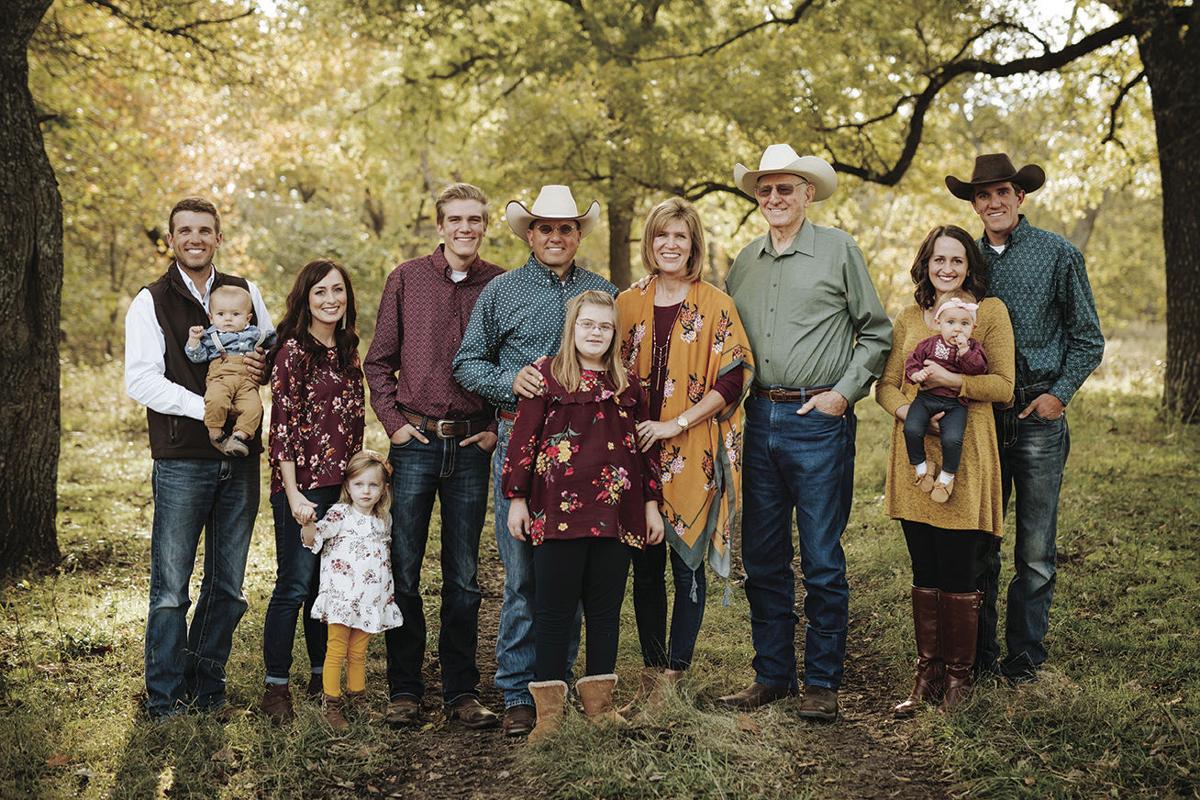 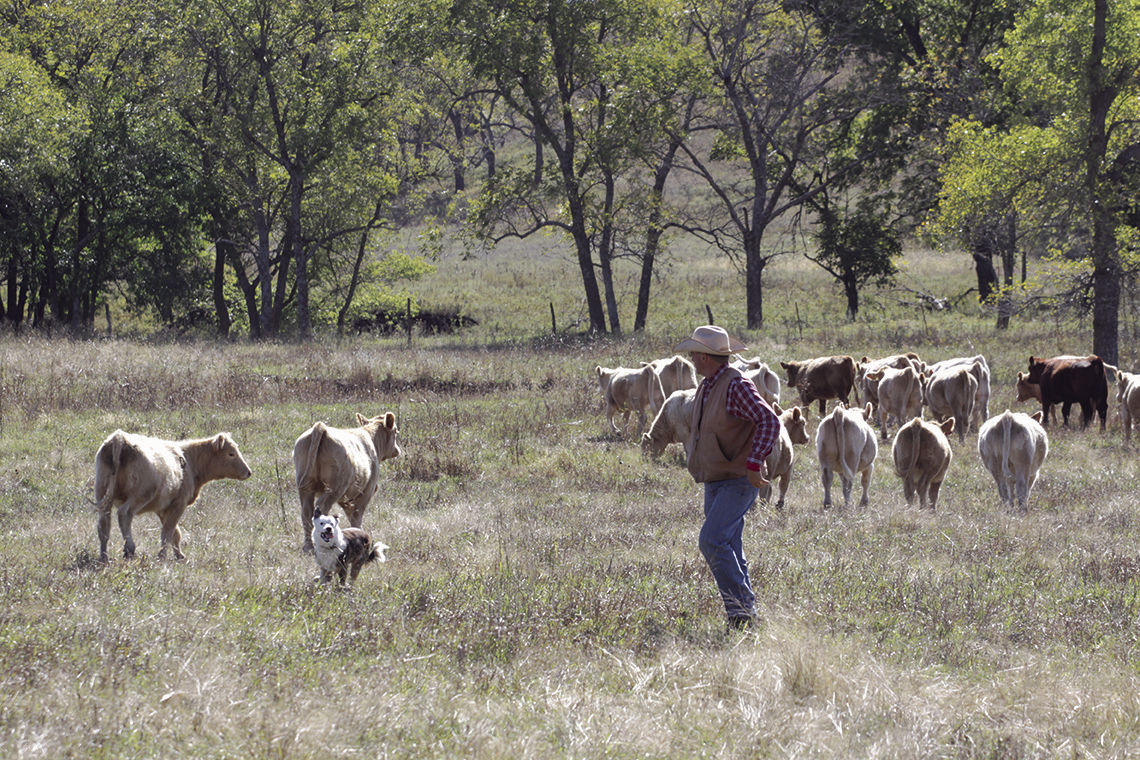 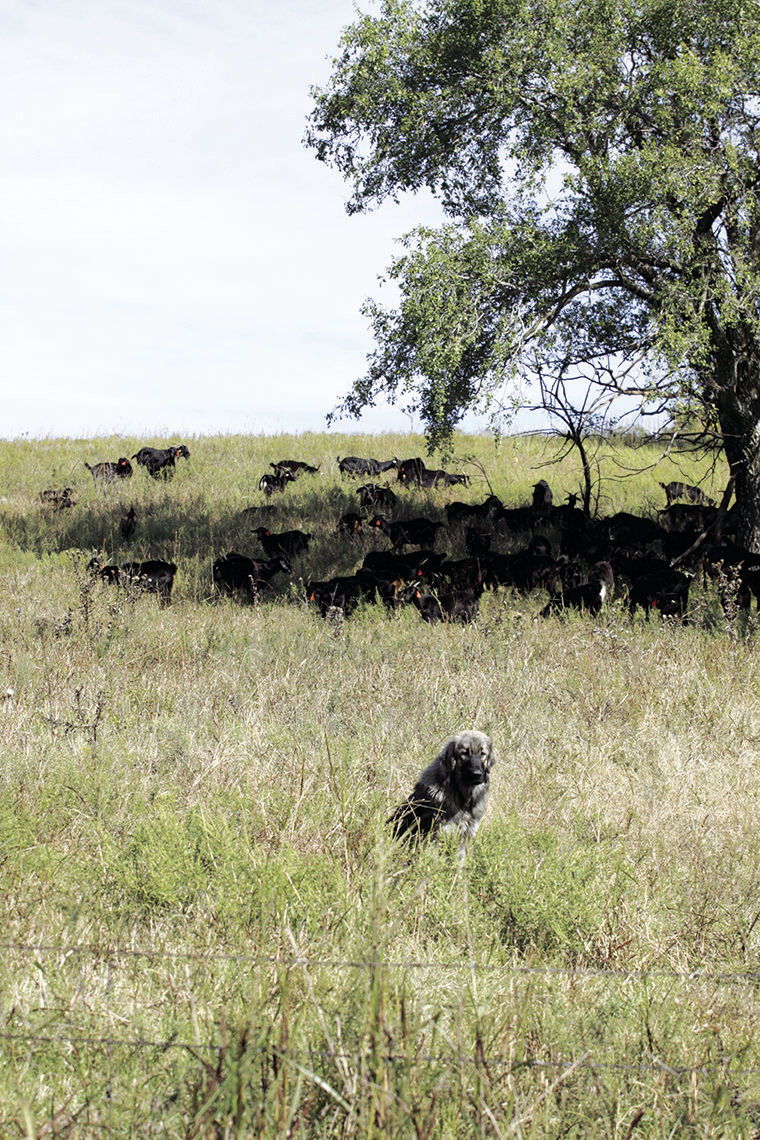 Father and son stand overlooking a dun, weaning-age pair, hip deep in golden, late-autumn pasture and imagine dozens more lining the hills next year. It’s a practice once shared between Bill Marker and his son Mike, and now between Mike and his son Nathan and even when they are unaccompanied — their ranch-planning meetings never happen alone.

In the past, the Marker family has been in what they call the “busy business” — when they weren’t making hay or feeding hay, they were fixing broken equipment, hunting down new leases and paying off debts. While none of those things are extraordinary — especially for farmers and ranchers — Mike felt his family slipping apart and saw a realignment of priorities was in order.

“Divorce and suicide are higher in ag than they are in any other industry and that isn’t the way it ought to be,” Mike said. “By the grace and mercy of God, he has shown us there’s a way to do this a lot better than the way the world is doing it and that starts with having Christ where he belongs — which is Lord — and then us stewarding whatever he entrusts to us and I think that has allowed us to have what may be a different process than a lot of folks.”

The Marker family manages a few thousand acres of pastureland near Cambridge, Kansas, raising Red Angus and Red Angus-Charolais cross cattle in a cow-calf system alongside Spanish goats for brush and weed control. Transitioning from a stocker operation to a cow-calf operation was one step in the family’s goal to become more efficient and ultimately spend more time together. According to Mike, it was a transition that allowed he, his father and now his son to evaluate, learn and improve together.

For the Marker family, improving efficiency began with selecting quality cattle and placing them in a grazing system optimized for their success. Red Angus was the base herd of choice based on its tighter, more consistent gene pool and performance in trials alongside Angus and Angus-cross cattle. Utilizing crossbreeding with Charolais bulls made the Markers’ cattle uniquely suited to their area and allowed them to take advantage of hybrid vigor.

“Our yellow calves, with the Red Angus on the maternal side, are going to be consistent in their performance,” Mike said. “A Charolais bull brings muscle and mass to the equation but they aren’t just big, bony exotics anymore — they really do a good job with marbling as well.”

What Mike considered the total package for weaning, growth phases and, ultimately, at harvest also scores high in temperament and ease of handling, two factors that were key in the Marker family’s pursuit of a more efficient, low-stress system.

“A lot of people think Charolais are crazy but they have really changed their temperament,” Nathan said. “We don’t keep anything crazy and that’s another reason we also chose Red Angus as opposed to black Angus — there’s a big difference in docility.”

Prioritizing handling ability not only improved the ease of moving cattle through the Marker’s rotational grazing system — it had a significant impact on profitability as well.

“Docility is worth some real dollars, both at weaning and in the feedlot,” Mike said. “It’s not a little dollar — it ends up being worth almost $75 per head more at harvest — and that doesn’t even include the risk of handling.”

The Marker family uses an “intentional” rotation system for their cattle — moving the cows through large paddocks in a longer 45-day period. The cattle graze the pasture at several different growth stages with long periods of rest in between.

The system leaves more residue and ground cover behind than intensive cell grazing and has the added benefit of a stockpiling effect in the winter months. Most importantly, infrequent and low-stress cattle transitions mean the Marker family has more time to spend together.

“Somewhere we have to really evaluate if we’re doing the things that are important or if we’re just filled with urgency,” Mike said. “Not that cell grazing is bad — in some parts of the country it is a great tool — but it is labor intensive.”

In drought years, the difference between the rotational grazing system and the family’s former stocker system became the most visible. Improved and abundant forage has reinforced the Markers’ decision to change their grazing system.

“Rotational grazing is a good tool for us for drought management,” Nathan said. “These weather patterns have really changed and we are not getting the rain as early as we used to and so you are always wondering whether or not this will be a drought year.”

Dogs are big contributors to the Marker family labor force and each has a purpose from guarding to guiding.

“If you’ve ever been around a bad dog, it’s hard to believe there’s a good one but a good dog can be an incredible tool,” Mike said. “Border Collies are only breed that I have found to work best for me because they are so intelligent and they literally live to work.”

Mike likes a dog that’s all business but affectionate, with “presence and eye” — two factors he said help the dog move cattle with ease. Barking and running aren’t part of the plan — especially in their low-stress system.

At just 11 months old, Mike’s Border Collie is impressive to watch in the field and is a helpful hand on his often solo cattle drives in their rotational system. On the other hand, Nathan’s dog choice is much more exotic and accomplishes an entirely different job.

With large pastures and large numbers of goats, Nathan uses a variety of livestock guardian dogs for the Spanish goat herd. Anatolian crosses maintain the perimeter while his Yugoslavian-bred Sarplaninacs help maintain the herd.

“I really like the way they guard and their demeanor,” Nathan said. “They are very big and very aggressive but they are also gentle giants.”

Nathan recently purchased a breeding pair of Sarplaninacs in hopes of being able to replace some of his older, crossbred guardian dogs. With natural guarding ability and a tender disposition with the goats, the dogs fit well in his system.

“The dog is very good with the kids — he’s very gentle with them and rarely strays far from the herd,” Nathan said. “I will also probably always keep some Anatolians around because they are more of a perimeter guardian.”

Nathan discovered Spanish goats alongside his brother on a school field trip to a goat farm where the boys struck a deal with the farmer to work off the price of enough goats to start their own herd. When his brother graduated high school and sold most of his part of the herd, Nathan became the sole goat manager — a job that would one day give him the opportunity to return to the family farm.

“I think Mom and Dad thought the goats were just another fad project of mine,” Nathan said. “We grew them similar to the way we grew the cows — just slowly and steadily learning more and growing more.”

Eventually, the goats became a legitimate diversification of the family business and their profitability has continued to grow — allowing three generations to live and farm together.

“If you talk to someone about transitioning and bringing family members back into the operation, one of the keys is that someone coming in brings something with them,” Mike said. “The goats have enabled Nathan to bring something into our operation that is needed, functional and beneficial.”

As the Markers became more efficient operators, more and more leases began to open up to their system. As the family entered new property they found unmanaged patches of buck brush, sumac and sericea lespedeza limiting their stocking rates.

“We’ve found that the goats have a specific job to do — and for us that’s brush control,” Nathan said. “It has been really amazing to see — especially in the last several years now that we have good numbers — what they can do if the right amount of pressure is applied.”

The first misconception Nathan had to fight was a goat’s ability to eat anything and everything. In actuality, Nathan said goats move in a circular grazing pattern favoring different plant types depending on the time of year and growth stage.

“They have, from what I’ve been told, a kind of calendar in their head so they eat different things in different seasons,” Nathan said. “Once the kids get to a certain age, they graze the pasture in a big circle — starting with their favorites and then working their way around.”

Nathan said the goats’ impact on sericea lespedeza has been the most surprising and exciting benefit of the herd. The goats nibble at the leaves throughout the summer but wait until August through mid-October to completely eat the plants down until almost no seeds or stems remain.

“Sericea actually helps goats out quite a bit because it is high in tanins and that’s actually kind of a natural dewormer for goats,” Nathan said. “It’s kind of a win-win and has changed our perspective because now we a have a profit center that utilizes brush and sericea.”

From the unexpected benefits of sericea lespedeza to surprisingly abundant forage, Mike said his family has found provision and peace since realigning their priorities and he hopes to help other people do the same.

“Where we point people to first is that you have to get encountered with the only one who can solve this for you — his name is Jesus and he died for you on the cross — and then out of that stewardship is the managing of what is not mine and that’s what we do with all of life,” Mike said. “Now with the process we go through in making decisions with God being first and family being next, we’ve saved ourselves a lot of grief over jumping into the wrong opportunities by coming together and evaluating whether or not things work for our family.”