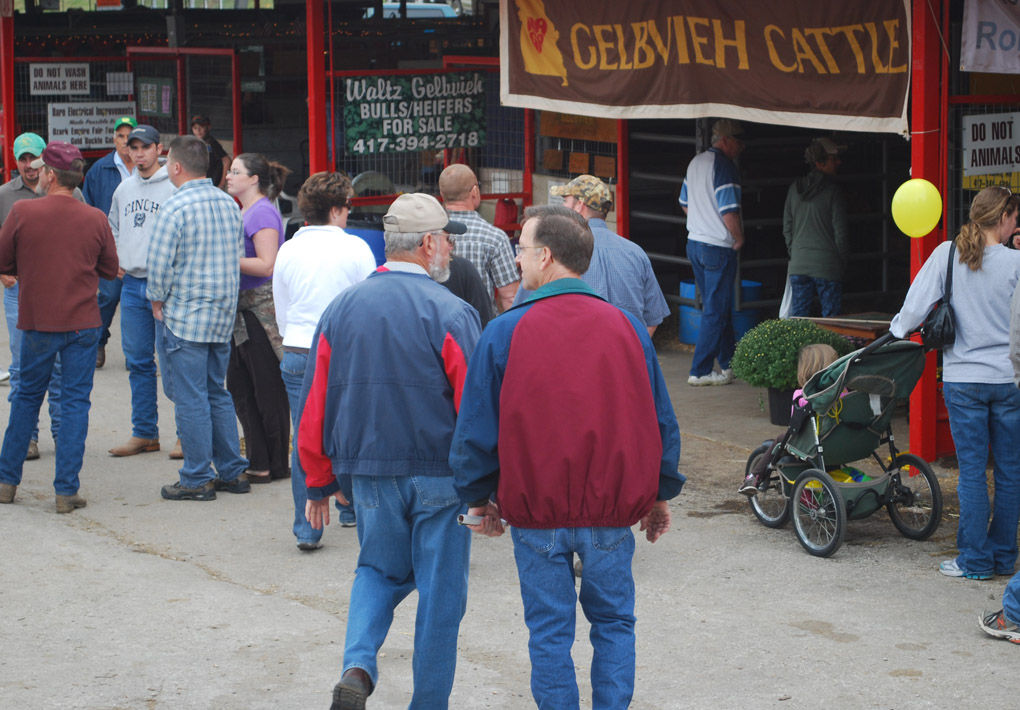 Cooler fall weather is just around the corner, and so is the Ozark Fall Farmfest, the largest farm and ranch show in the Ozarks.

Once again, Farm Talk Newspaper and the Ozark Empire Fairgrounds are excited to invite everyone to come out and enjoy Farmfest.

Mark your calender now, the 2011 Ozark Fall Farmfest will be Friday, Saturday and Sunday, October 7, 8 and 9 at the Ozark Empire Fairgrounds in Springfield, Missouri.

For one weekend in October the Fairgrounds will turn into the site of the area’s premier agricultural event featuring over 750 exhibits inside and outside.

This year will mark the 32nd year for Farmfest and it will once again have something to offer for everyone who is in attendance.

This year’s event, according to Farm Talk Ad-vertising Manager Lance Markley, is nearly sold out.

“Only a handful of booths remain available,” Markley says. “Prospective exhibitors will want to contact us immediately. The fact that the exhibit space sells out year after year is a testimony to the quality of the show.”

Whether a small acreage owner or a large producer, those in attendance are sure to find anything and everything they need around the farm or ranch.

From livestock equipment to tractors, trailers to balers and hay handling equipment, seed, feed and fertilizer, Farmfest is sure to offer something for everyone.

The show has been bringing everything in agriculture to the Ozark Empire Fairgrounds for years and this year will be no exception. The show will be open from 9 a.m. to 5 p.m. daily and is a family friendly atmosphere.

This year, with all the exhibits, both indoor and out, the show is sure to satisfy.

However, Farmfest is more than just a trade show for agricultural equipment and companies. The show will also feature a large number of livestock exhibits.

For years area breeders have brought some of the best livestock to the show offering stockmen and women a unique opportunity to see what kinds of breeding stock is available to them, and allowing them to talk to the breeders themselves.

But cattle won’t be the only livestock in the barns at Farmfest.

The livestock barns will also cater to the equine enthusiast, allowing them to view a wide array of horses.

But there is even more. Other livestock at Farmfest will include Boer goats, dairy goats, Katahdin hair sheep, miniature donkeys, Flemish Giant Rabbits, Alpacas and show pigs.

According to Nikki White, OEF foundation and agriculture director, there is still some room in the barns for horses and small livestock for those interested in exhi-biting at Farmfest.

As Farmfest visitors take a trip across the grounds they will find a host of products, both inside and out, which include animal health products, tractors, trailers, cattle working equipment, livestock waterers, feed, fencing, tools, trucks, forage equipment and more.

Farmfest will also feature rural living displays where a host of products designed to enhance the rural lifestyle will be on display.

There will also, once again, be stock dog training demonstrations and clinics each day with well-known stock dog trainer Danny Shilling from Bois D’ Arc, Mo.

For those visitors that want to take a step back in time and see what type of equipment was used in the past there will be some antique equipment displayed by the Ozarks Steam Engine Association and the Southwest Missouri Early Day Gas Engine and Tractor Association.

This year, like all the years before, admission and parking are free to the event.

Visitors at the Ozark Fall Farmfest will also want to be sure to stop by the Farm Talk booth at the show to renew or begin their subscription to Farm Talk newspaper.

Those subscribing at the show will be able to pick up one of several free gifts, including, insulated tote bags, caps, cattle working sticks and pocket knives.

Farmfest visitors will also have a chance to sign up for a $1,000 Shopping Spree at the Farm Talk booth during the three days of the show.

The Ozark Empire Fairgrounds are easily accessed on the north side of Springfield, Mo., just off Interstate 44 and Mo., Hwy 13.

The Ozark Fall Farmfest is sponsored by Farm Talk Newspaper and the Ozark Empire Fairgrounds.