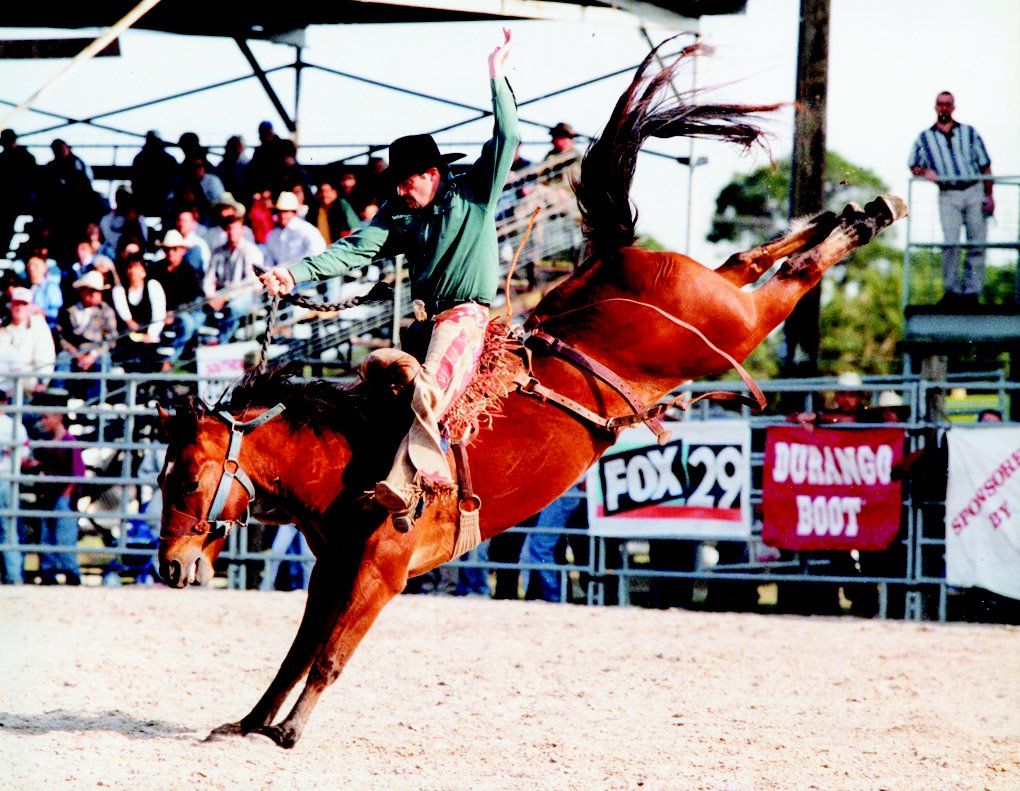 “Spook,” a Lewis-bred horse gives a rough ride to 16-time NFR competitor Derek Clark. Several horses from the Lewis breeding program have earned their way to the National Finals Rodeo. 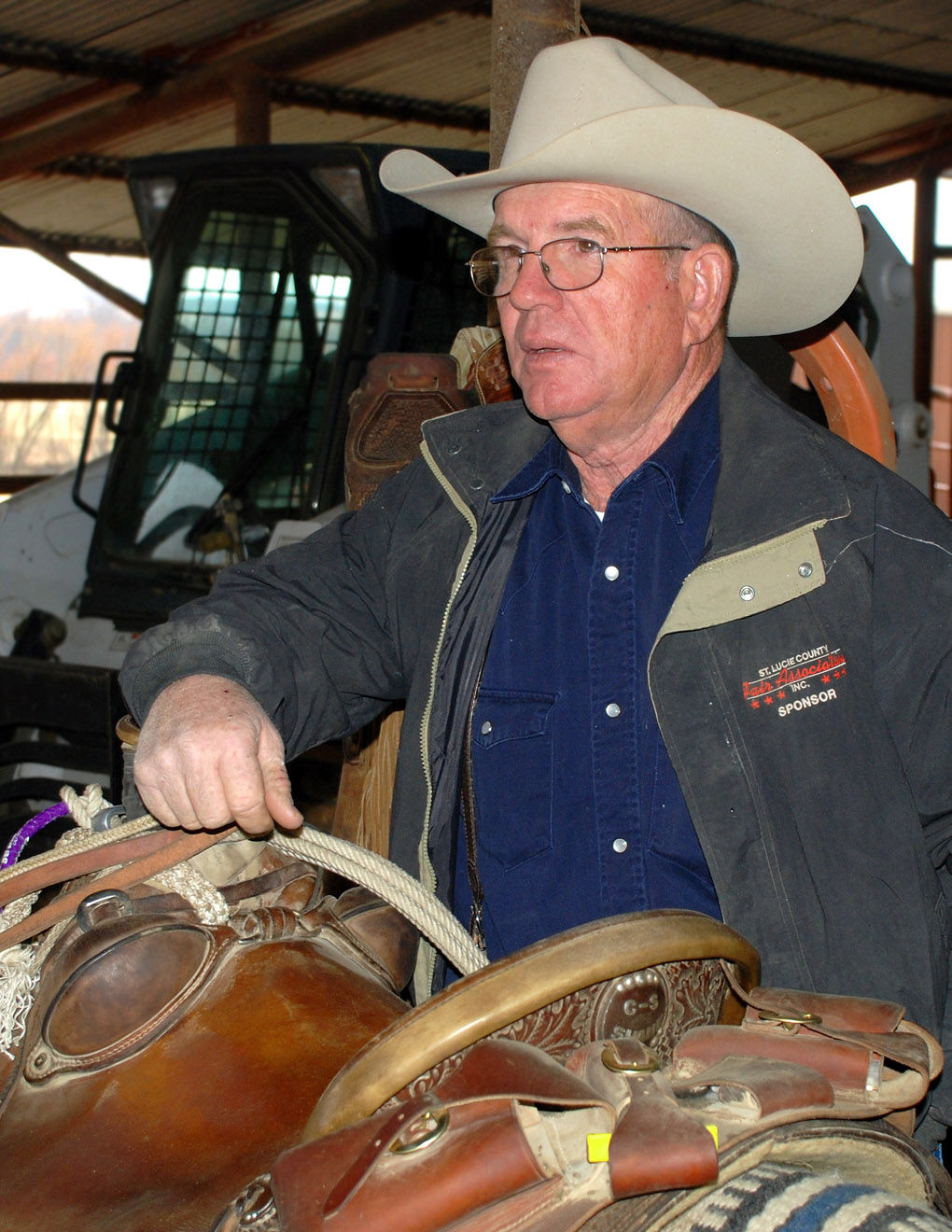 “Spook,” a Lewis-bred horse gives a rough ride to 16-time NFR competitor Derek Clark. Several horses from the Lewis breeding program have earned their way to the National Finals Rodeo.

A horse that breaks in two when a rider hits his back, a horse that defies gravity with snorts and twists and lunges and kicks —well, he’s the kind of horse most folks tend to avoid.

Except for Alan Lewis.

And for a lot of years, it’s been his goal to breed some of the best.

“It was always my dream to flank a horse at the Finals and I’ve been lucky enough to accomplish that,” he says.

In fact, five horses that Lewis bred and raised have challenged top PRCA cowboys at the National Finals Rodeo and many more from his breeding program have achieved that utmost echelon of the rodeo world.

Still, Lewis would tell you it’s just a hobby—one that got out of hand, to be sure—but producing beef is his business these days.

Growing up in North Carolina where his grandfather farmed with draft horses, Lewis made his way to Florida where he cowboyed, and ran cattle as well as eventually running three western stores and a steak house.

And somewhere along the trail, the man who likes nothing better than being on the back of a good horse got interested in breeding horses that just plain didn’t want anybody on their backs.

For years he furnished bucking horses for all sorts of events, from junior rodeos to PRCA competitions. And even though pro riders don’t get a lot of exposure to Florida horses, they voted several of Lewis’ horses into the Finals.

Six years ago, Lewis and his wife, Karen, and son, Justin, moved to their Chautauqua County Cross L Ranch to run cows and stockers but the bucking horse “hobby” is still going strong.

The classic story of the spoiled “outlaw” horse that  goes into a bucking string because no one could ride him actually happens, Lewis says.

But not often. “Most of those  horses just don’t have a heart that’s as big as it needs to be to keep bucking,” he explains.

“I don’t like crazy horses but they definitely need to have an edge to be good,” he says. “I want a horse that’s solid and consistent in his bucks—one that will give a good cowboy an opportunity to win a check and melt any cowboy that makes a mistake.”

The cornerstone of the Lewis breeding program was a palomino horse named Lorida Gold, himself a Finals performer but more importantly, a sire that passed on his bucking horse genetics. Lewis is still using that bloodline, often crossed onto his current main stud, Max, who has the distinction of having marked a perfect score in his bucking days.

Just like in the cattle he raises, genetic are important but bucking horse stars have to be developed and cared for.

Finished bucking horses are treated with the care and respect they deserve.

“These horses are athletes and you have to care for them just like you would a top cutting horse,” Lewis explains. “I never bucked my horses two weeks in a row. They got 10 pounds of oats a day and alfalfa so that they were in peak condition when it was time to perform — a horse has to feel good to do his best.”

The program obviously works. In addition to earning a slew of Southeast Circuit honors, many Lewis buckers perform well up into their 20s.

“Keeping a horse bucking for a long time is tough,” he says. “That’s where the breeding comes in—it has to be bred in them.”

Although good bucking horses come in all shapes and sizes, Lewis wants a horse that’s 1,200-1,400 pounds or better. He likes mares, explaining that they are generally more consistent while studs can be finicky and geldings tend a little more toward being lazy.

The walls and shelves of the Lewis home are lined with photos of bucking horses frozen in time. The cowboys in the photos are either on their way to a good score or they’re being launched into the stratosphere.

Either way, it’s something that gives Alan Lewis a great deal of personal satisfaction.

“Some people play golf,” he concludes. “I raise bucking horses.”