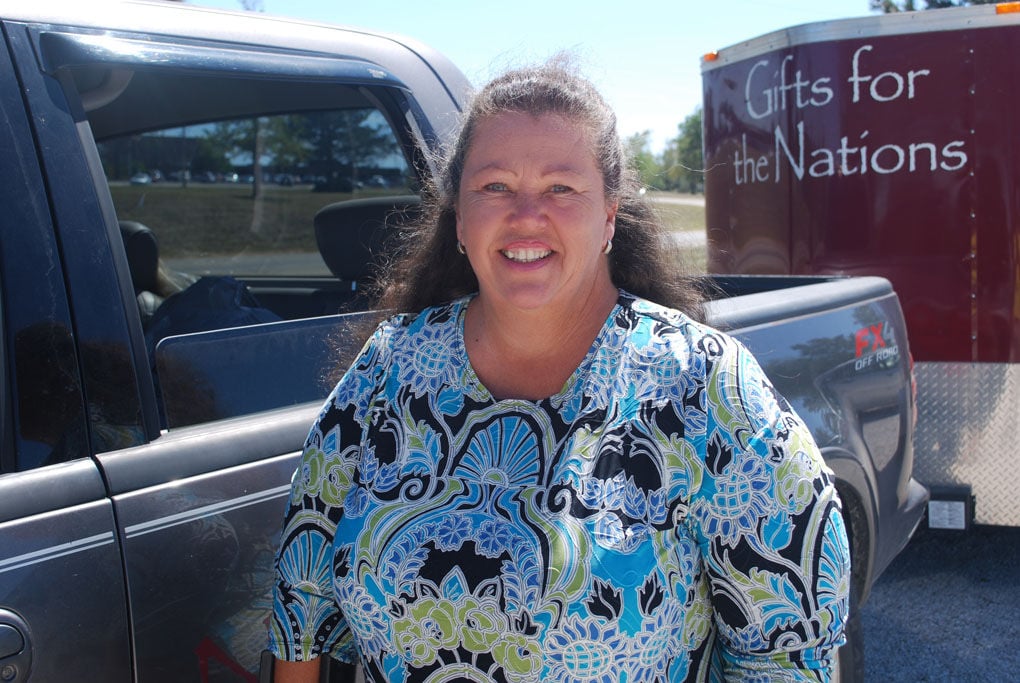 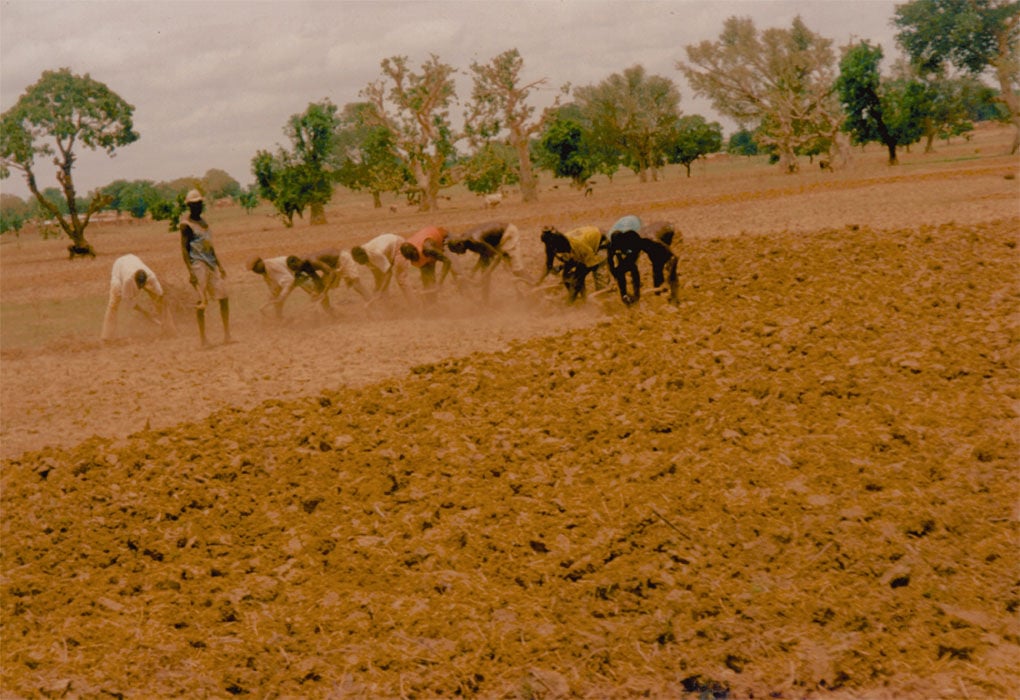 West African farmers till the soil by hand with a tool called a cutlass. 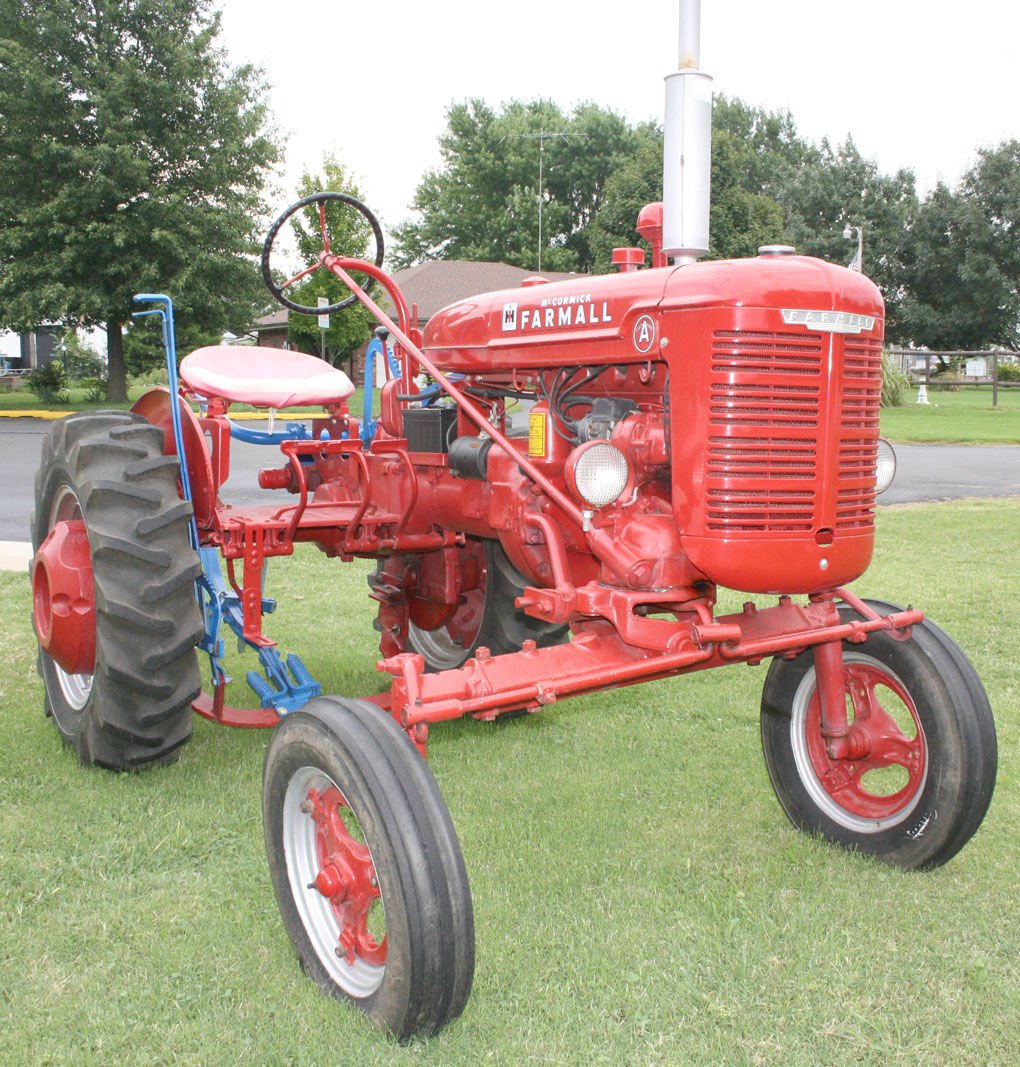 This Farmall A was restored by members of the Tyro Christian Church and Jerry and Debbie Cramer of Gifts for the Nations. (Photo by Andy Taylor)

West African farmers till the soil by hand with a tool called a cutlass.

This Farmall A was restored by members of the Tyro Christian Church and Jerry and Debbie Cramer of Gifts for the Nations. (Photo by Andy Taylor)

There are still parts of the world, though, where farming is done by hand. In West Africa, for instance, there are precious few tractors and modern technology is extremely limited.

At least that use to be the case, according to Debbie Cramer, founder and director of Gifts for the Nations from Mound Valley, Kansas.

With the help of Debbie and her husband, Jerry — and helping hands across the country — Gifts for the Nations has been blessed with one successful farm project in West Africa and they are well into their second.

“Jerry and I both grew up with farming backgrounds and we live in Kansas so farming is very important to us,” she explains. “We have so much farm heritage that when I got involved in mission work in Ghana, West Africa, I saw a need and wanted to help with farming.”

After spending time with one of the African missionaries who visited the U.S., the Cramers learned about the soil types, weather and crops in West Africa.

“They are still planting open-pollinated corn that they have saved seed from since missionaries first took it there in the 1800s,” Cramer says. “They didn’t know the basics like planting in rows so God prompted my heart to start a farm project.”

According to her, West African farmers tilled very small tracts of land by hand using a tool called a cutlass. In her mind she could only imagine how a tractor and implements could help this starving nation.

The first project involved a Ford 8N that Gifts for the Nations obtained from Tractors for Our Daily Bread in Manhattan, Kan.

Because of the age of the Ford tractor there was a fair amount of repairs that needed to be done before it was sent to West Africa.

“Neither Jerry nor I have any experience with working on old tractors but we knew, with the help of others, we would eventually get it up in shape and ready to send,” she explains.

When completed, the tractor, a plow, a planter, a disk and other supplies were loaded into a sea container and headed for Ghana.

It took several months for the Ford tractor to arrive but when it did the Cramers received word from missionary King Hammond.

“Our eyes have seen marvelous things,” Hammond said. “The little Ford is not only in Ghana, but all the way to Tamale. It has arrived!”

That was in 2007 and the tractor is still working today. The village is now farming 10 acres of land and they are growing corn, peanuts, low-land rice and a sudan-type grass that they use for their huts.

As if sending one tractor was not enough work for the Cramers, after learning how much the Ford tractor helped, in such a poverty stricken region, a second farm project began and is now almost completed.

Tyro Christian Church in Tyro, Kan., along with Gifts for the Nations is once again aiding missions work by sending a 1940s Farmall Model A tractor to West Africa.

According to Cramer, this project, like the first one, will be used for evangelism and it will aid small family farms as it once did in America.

“The Model A, or, ‘Little Red’ as I call it, will be heading to a different part of West Africa in hopes of getting another area up to speed with the one King is running,” she explains.

The Model A, which was recently shipped, will reach Ghana where a member of the Ghana Christian Mission will deliver it to Kingsley Nyindam, an evangelist at Tatindo who works among the Konkomba tribe of predominantly peasant farmers.

“The tractor will go in and be set up in a village atmosphere,” Cramer says. “The villagers will use the tractor and implements in hopes of making them self-sustainable.”

According to her, where this tractor is going is one of the poorest regions of the world and one of the least reached for Christ.

“Tatindo is in the Savannah region without any modern technology,” she explains. “Mud huts with thatched roofs are the norm and the people farm by hand.”

Little Red, according to Cramer, will aid Kingsley’s ministry by preparing the soil for both Christians and non-Christians.

Through both projects the Cramers have developed relationships with missionaries in West Africa and without those relationships this type of project wouldn’t be possible.

“We are able to stay in touch with Brother King and Brother Kingsley via the Internet,” she explains. “They have to travel to another village to use the Internet and they are charged to do it but that is the easiest way to communicate.”

Debbie says she’s seen the joy these projects have brought the people of West Africa and knows that the Lord provided for those who were in need.

She hopes to continue with her mission work so the people of West Africa can learn the value of reaping what they sow.

“I do this because of my faith and my heritage and the love of the land,” she says. “Something as simple as a small tractor that once made a huge impact on our grandparent’s family farm can now make just as big of an impact on land in a region that so desperately needs it.”

Although a number of prayers have been answered she still has more for the folks in West Africa.

“I want to teach them to plant wheat,” she says. “I can’t wait until the day I see wheat growing in the northern region of Ghana. That is my hope because of where I am from. I have taken having wheat and bread available for granted my entire life.

And when it comes to the farm projects, the mission is simple, according to her.

“We want to see these people become self-sufficient. This is not a welfare project,” she explains. “The African people receive these gifts, pay the tariff and then are responsible for maintaining them.”

The Cramers both hope there can be more farm projects so they can help people in other parts of the world get a glimpse of what it is like for those of us in the United States.

“It is a great joy for Jerry and I to see their lives blessed by something that once blessed our lives and to see the old tractors being put back to work instead of rusting away in a fence row,” she concludes.

For more information on Gifts for the Nations contact Debbie Cramer at (620) 328-2573 or visit their website at giftsforthenations.org.