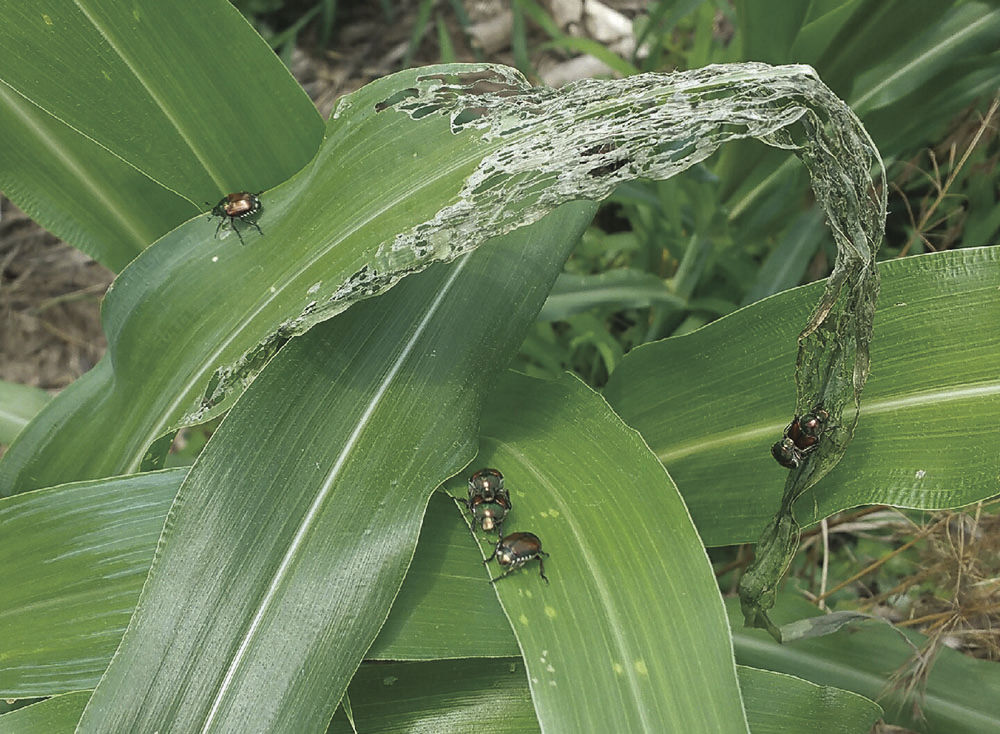 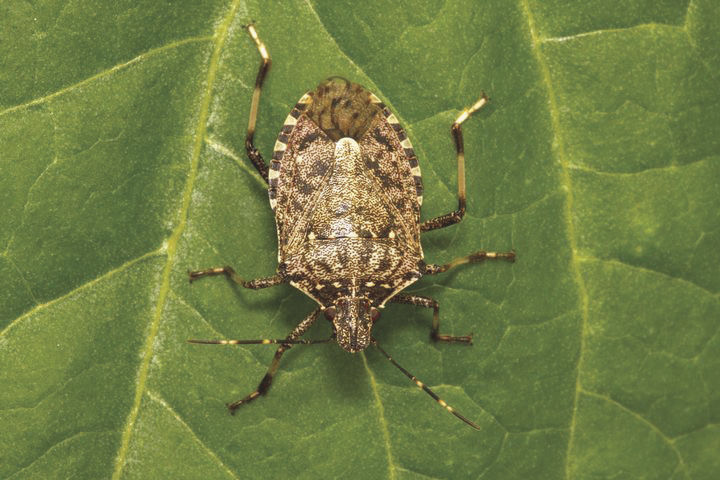 From insects, pests and diseases, crop producers face a growing number of challenges. At the Barton County Soils and Crops Conference held earlier this month in Lamar, Missouri, a University of Missouri expert gave his advice on what to watch for in the coming growing season.

“We’re talking about a lot of new invasive insects that are coming to the United States,” said Kevin Rice, MU Extension state entomologist. “Missouri is not immune to that… I’m talking about the ones that are right on our doorstep or that have a high dispersal tendency that are likely to be established here.”

Invasive species are a common problem around the globe, he continued. “They usually have higher populations in introduced range so these are being transported across the globe at an increasing rate,” Rice explained, adding trade and global travel are fueling the problem.

“It used to be 100 years ago, if a bug hitchhiked on a ship, it would have to last weeks and weeks and weeks across the Atlantic without a food source, and it probably wasn’t going to survive,” Rice said. “Now, we’re flying things from Asia and they land here 12 hours later, and if you have a pregnant female that gets loose, that’s all you need for an explosive population.”

When the pest arrives in the introduced range, it is often an “enemy-free space” where its natural enemies do not have an established population, allowing the pest to establish higher populations and cause higher levels of damage, he explained.

Though Dectes stem borer is not an invasive species because it’s a native pest, Rice said it is becoming an issue.

“It’s been an increasing problem in some areas of the state in the last few years,” he explained. “The populations have been growing — we’re not really sure why… The problem is these are very sporadic pests, but once you have them, they usually occur in the same area.”

Rice told conference attendees about his research using sunflowers as a trap crop to manage the pest. “The idea for my study is that Dectes stem borer will always prefer sunflowers over soybeans, so we’re going to do the simple trap-cropping method where we do two to four rows of sunflowers around a field and then monitor the damage.”

The Japanese beetle is another issue in Missouri, despite seeing lower populations last year.

“We are sort of on the western front of Japanese beetle expansion,” Rice said.

“This previous year, we had a major reduction in Japanese beetles,” he continued. “That wasn’t due to flooding. That was mostly due to drought the previous year because the larvae feed on roots, and when they dried up in 2018, that lowered the population.

“We do expect them to recover and be at a higher population again this coming year,” the entomologist warned.

The damage from Japanese beetles comes from defoliation. In corn, they feed on the silks but do not cause a problem if the ear is already filled and pollinated. It also feeds on soybeans. Rice recommended spraying at a threshold of 20 to 30 percent defoliation.

Research is currently being done at the University of Missouri investigating an attract-and-kill strategy for Japanese beetles to get away from repeated insecticide sprays to manage the pest, which kills beneficial insects and also may lead to resistance.

“It’s very similar to your ant or your roach motels where you’re bringing in these insects to one area and poisoning them instead of spraying throughout the entire system,” Rice explained. The study uses insecticidal nets impregnated with pyrethroids along the outside border of the field crop.

“They last throughout the entire season so you can put them up and you can basically forget about them,” Rice said, adding they’re also better than bucket traps because they have a higher killing surface area and don’t have to be emptied. The nets use the same pheromone lures as the bucket traps.

“We found that if an adult Japanese beetle lands on that net for 3 seconds, it picks up a toxic dose and dies,” he continued. Preliminary results showed the nets provided equivalent protection to two insecticidal sprays and also resulted in less seed damage, but research is still ongoing.

The soybean gall midge was first detected in Nebraska in 2011 and had explosive populations from 2016 to 2019. Symptoms look like a fungal pathogen on soybean and the last few inches of the stalks are black around a field’s edge.

“If you peel the bark back, basically, you can see these orange maggots in there feeding underneath the stems,” Rice said.

All soybean varieties appear to be susceptible, and the pest targets the edges of fields. Later planting, however, may help reduce damage.

“Unfortunately, we don’t have any current management options for this pest,” Rice said. Because the larvae feed internally and there are multiple generations per year, there is no good timing for insecticide sprays.

“We do know that the seed treatments are not effective against this because, by the time that the adults are laying eggs in these soybeans, that systemic insecticide is already gone,” Rice said.

Last year, the pest was found Missouri’s Atchison County and could be slowly spreading to other parts of the state.

“It’s related to the Hessian fly so it’s a very weak flyer,” Rice said. “It’s not a strong thing that can disperse, but it’s something to be aware of.”

Researchers have not yet identified where the pest overwinters.

“It’s probably going to be some sort of weed or something,” Rice said. “If you can eliminate those weeds around your specific farmscape, that may help reduce infestations.”

Another recent invader in Missouri is the brown marmorated stink bug, which differs from native species with a white band on its antennae.

“It is an extreme generalist so it feeds on anything,” Rice said, adding it can feed on hundreds of host plant species and cause a lot of damage.

“It has a high dispersal capacity so females can fly up to 80 kilometers in one night,” he continued. The invasive pest is also an edge species so its damage will primarily be on the outer borders of fields but can cause poor seed quality and secondary fungal outbreaks.

“In soybeans, it reduces seed quality but it also has this ‘stay green’ syndrome,” Rice said. This causes an issue at harvest when the edges of fields appear to be failing to senesce.

Because the pest has been studied intensively, scientists have figured out how to control it fairly well, Rice said. At a threshold of 36 bugs per 100 sweeps, he recommended producers do a border spray to take the pest out for the entire season. Because the pest overwinters in wooded areas, he suggested early scouting along the wooded edges of fields.

“It does cause damage if it gets away from you, so scouting and looking for it early and waiting ‘til you get to that threshold is very important,” he emphasized.

The spotted lanternfly, a species native to Asia, feeds on grapes as well as corn, soybeans and alfalfa and is said to have came from its native continent with cargo to Pennsylvania.

“The female lays its eggs on any flat surface,” Rice said, adding eggs have been found in the U.S. on railroad cars and semi tractor-trailers.

“The likelihood for this to explode across the entire continent is very, very high,” he warned.

“The good news is… field crop growers are noticing this bug feeding on the crop but they are not reporting any economic damage,” the entomologist continued. However, it can be extremely devastating to vineyards, a potential threat to Missouri’s wine industry.

Rice said the spotted lanternfly does not look like our native insects and recommended collecting it and sending it to MU for a positive identification so they can mount a rapid reaction to the invasive pest.

“In a small population, you can sometimes come in and knock it down before it spreads too far,” he said.