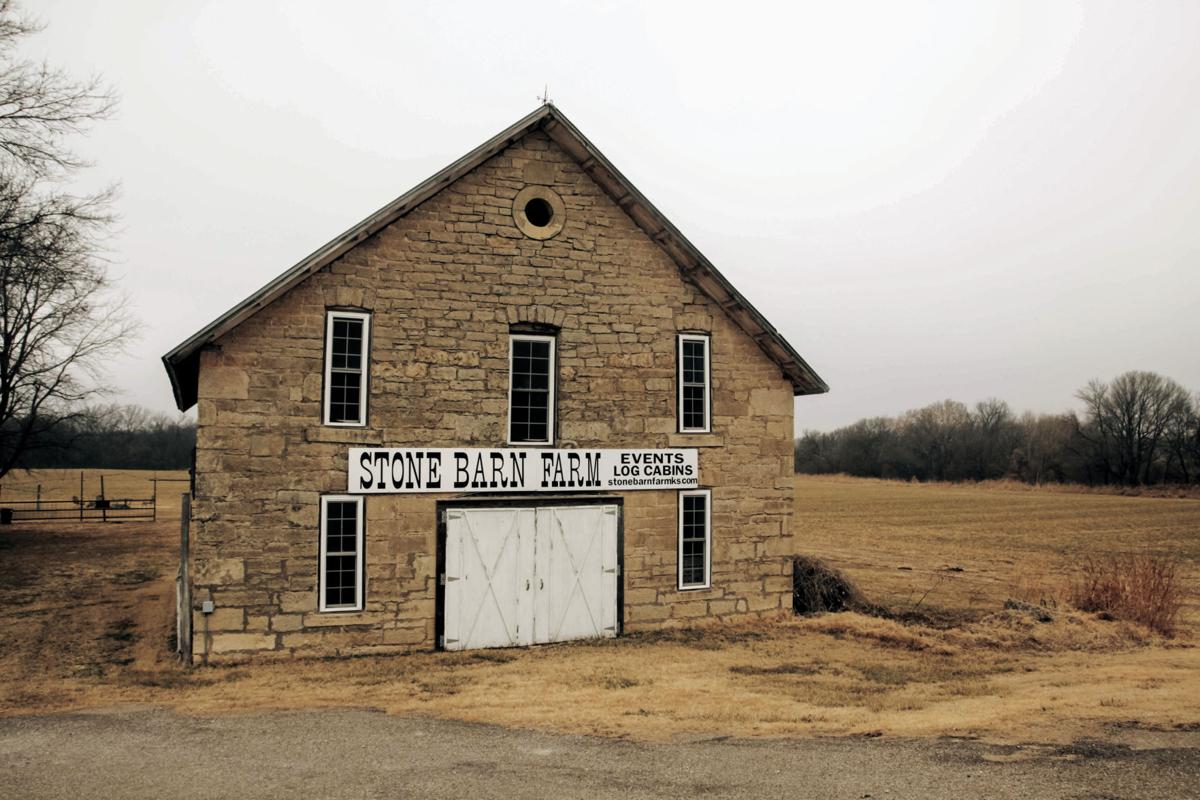 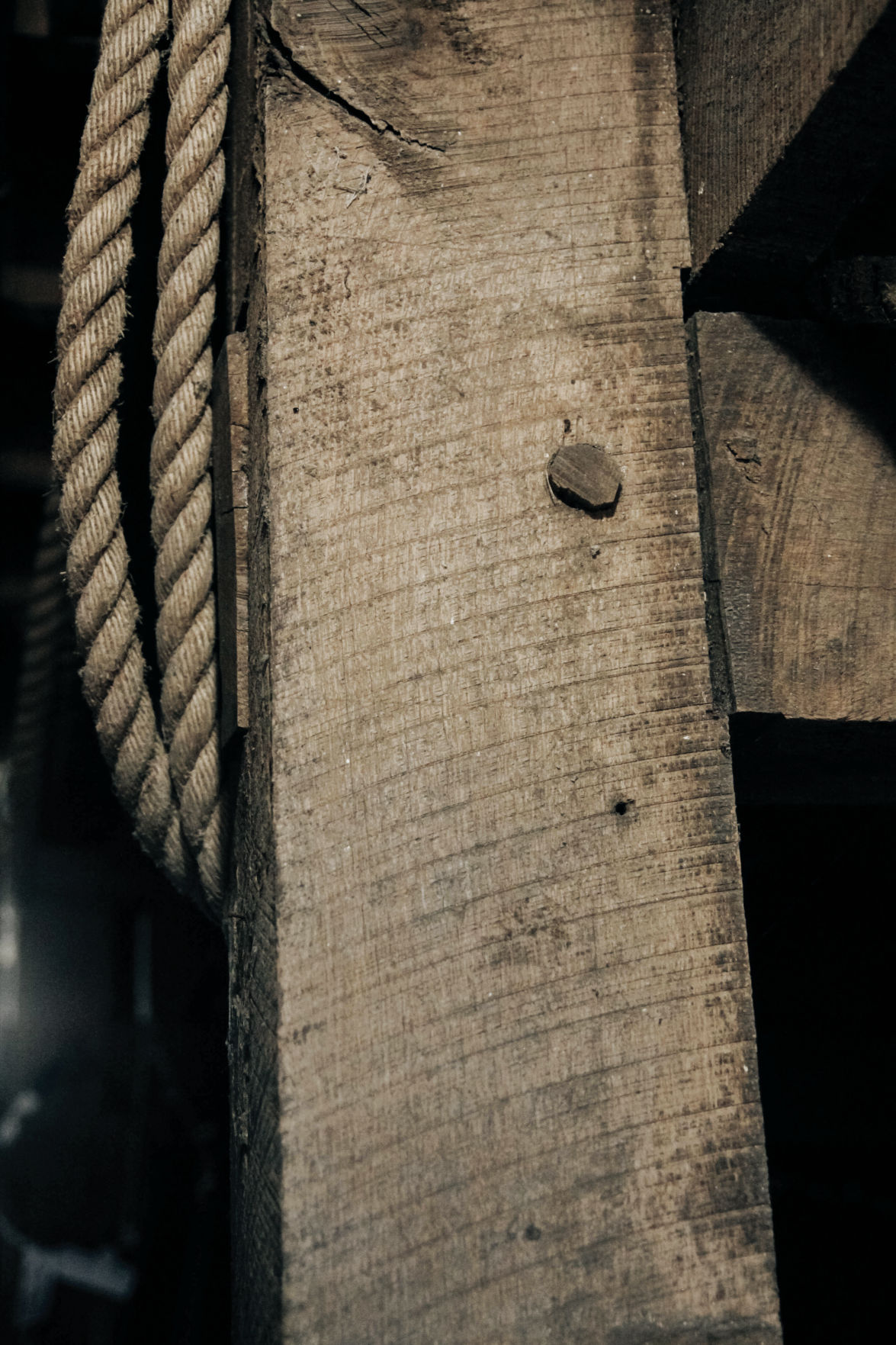 The Stone Barn is put together using mortise and tenon style joints. 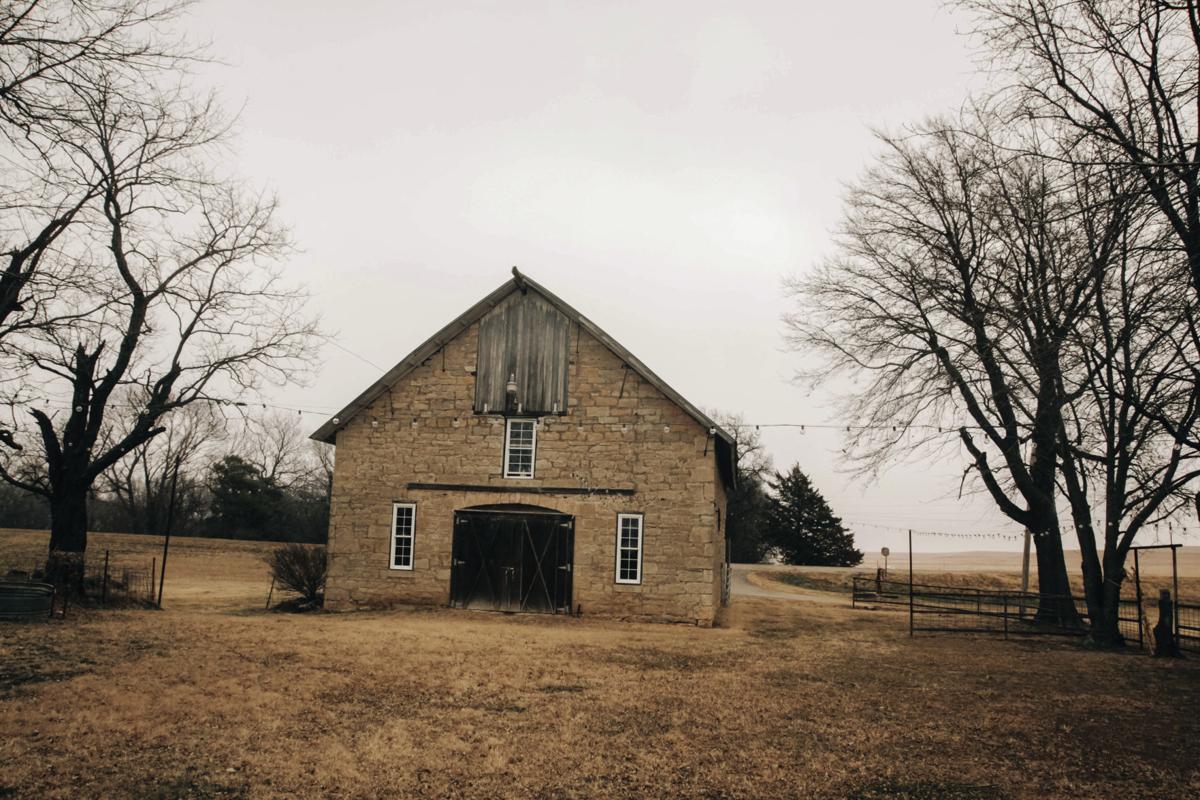 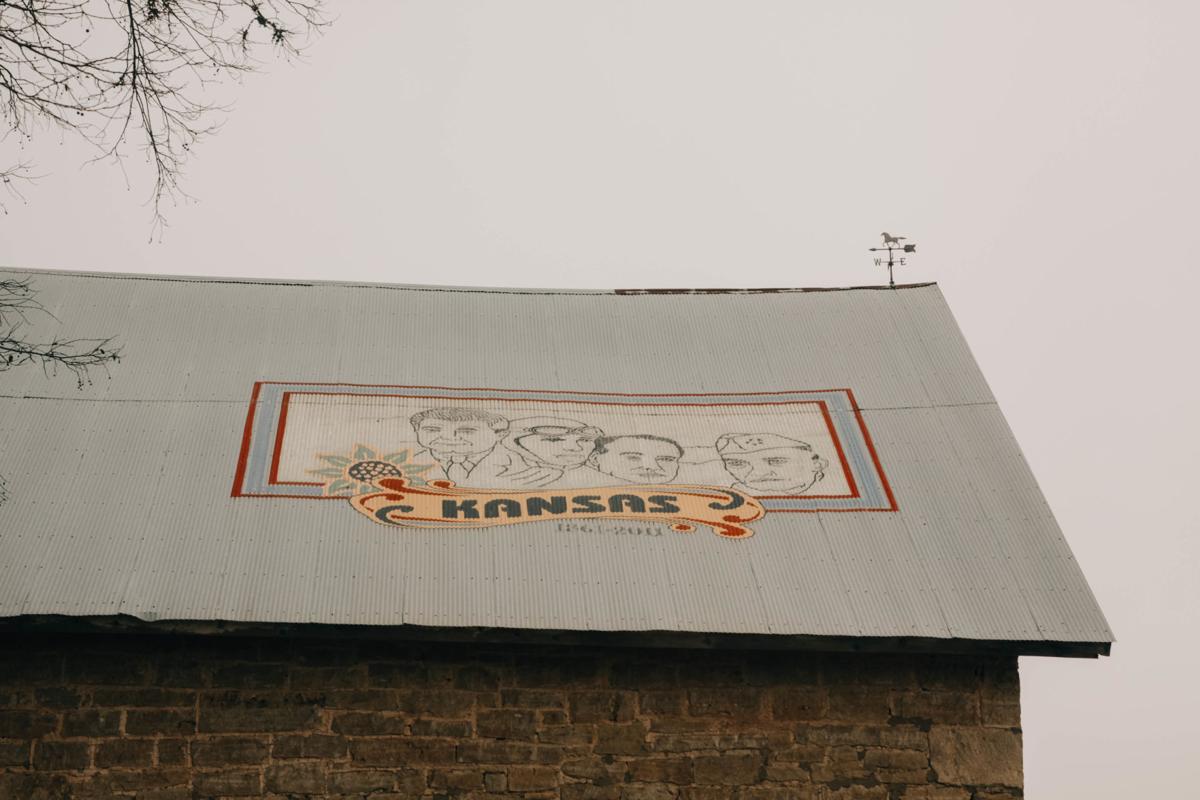 To celebrate the 150th birthday of the state, the Kansas Barn Alliance put a mural on the roof of the barn featuring portraits of Dwight D. Eisenhower, Amelia Earhart, Bob Dole and Robert Docking.

Barn-themed event venues are popping up in rural areas across the state with increasing popularity, but it is becoming increasingly evident that the charm and quality of original farm structures is difficult to match.

At Stone Barn Farm, just outside of Dexter, Kansas, owners Shannon and Grady Martin have turned a piece of priceless history into a gathering place for local family and friends.

“This place is a Farm Bureau Century Farm and had been in the same family from the time it was built until we purchased it in 2006,” Martin said. “I loved this property because the barn was built in 1878 and the family who built it lived in the barn for two years while they were building the house, which was built in 1880.”

The barn features arched stone doorways and window openings, as well as a symbol indicating the Masonic lodge responsible for the barn’s limestone.

“It’s all local quarried stone that was moved here with a horse and buggy,” Martin said. “It’s cool to be able to know the whole story behind the property because we were able to purchase it from the original family and that information was passed down over the years.”

The interior of the barn showcases a solid construction style that hasn’t been utilized in farm buildings for many years.

“The barn is put together using mortise and tenon style joints,” Martin said. “It was a type of building structure in older barns where they used the joints and wooden pegs rather than nails.”

“When we first bought the property, the barn was surrounded by trees,” Martin said. “When we started clearing the trees and debris from the outside, most locals were surprised there had been a barn there at all despite how close it is to the highway.”

The barn’s first event was a very special occasion for the Martin family and represented a fresh start in their lives and in their business.

“We decided to have our wedding reception at the barn after we got married at our church,” Martin said. “Once the word got out, other people started asking us to have their weddings at the barn and that’s how the business side of Stone Barn Farm grew.”

In addition to the event venue, the Martin family has a thriving cow-calf operation on the surrounding property. Martin said having their family farm so close to the event venue has allowed them open interactions with guests, family and friends about the day-to-day ranching operations.

In addition to their cattle operation, the Stone Barn Farm hosts between 10 and 15 events each year, with the largest event being the Vintage Camper Show that Shannon organizes every September.

“The first year I invited a few people who also had vintage campers to come set up and over 300 people came to see them,” Martin said. “The next year I opened it up to accept applications to show campers and over 1,000 people came, and it has grown exponentially each year after.”

Martin herself has renovated two vintage campers, and while the event was born from her love of antique and vintage items, she said she has been surprised by the volume of participants at the event each year.

Thanks to the amount of events, concerts and family gatherings Stone Barn Farm has brought to Dexter, the Martins realized a need for more lodging close to their venue.

“We started having weddings and different events here and then we realized that our area had a huge need for a place for people to stay overnight,” Martin said. “We built our four log cabins along here so that people coming in for weddings or events could have a nice place to stay.”

Martin said she enjoys hosting events that allow families to come together and appreciate the serenity of their property, as well as the natural beauty of the Flint Hills.

“A lot of our events are outside and the barn serves as a central backdrop for the activities,” Martin said. “The courtyard area in front of the barn with string lights is a peaceful place and that’s where people typically gather.”

From the exterior of the building, event attendees can see a special addition to the historic barn, courtesy of the Kansas Barn Alliance.

“In 2011, the Kansa Barn Alliance put murals on the roofs of different barns around the state to celebrate Kansas’ 150th birthday,” Martin said. “Ours is a mural that resembles Mount Rushmore, with busts of famous Kansans.”