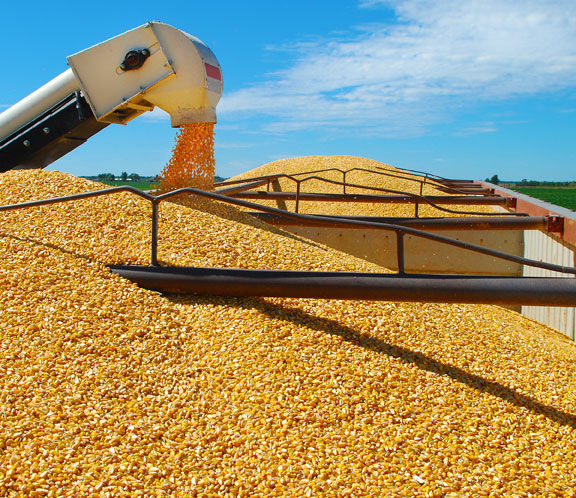 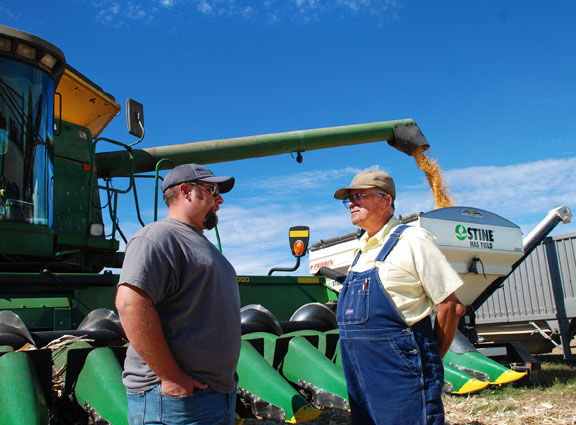 There was a time when corn row width was determined by the breadth of the south-end of a north-bound horse.

With the clamor to boost yields, a major focus has been aimed at growing more plants per acre. The question is, what’s the best row width configuration for higher populations?

“The simple name of the game is more ears per acre — more ears, more bushels,” explains Stine Regional Sales Agronomist Michael Smith. “But not all hybrids perform well in higher population densities so we’re working to identify the ones that are most productive in those situations.”

That was borne out in a plot on the Clinton Schilling farm near Golden City. One hybrid produced 30 bushels more per acre in 15-inch rows than it did in 30-inch rows at equal populations. Another had a 15-bushel increase in 15-inch rows but a third hybrid had a 9-bushel per acre decrease.

Stine plots were harvested at five southwest Missouri locations, two each near Bronaugh and Carthage as well as the one in the Golden City area. The plots included irrigated as well as dryland corn.

The concept behind narrow row corn is that, with more even distribution of plants, in-row competition is decreased. Individual plants have more equal  access to sunlight, moisture and nutrients — and can produce greater yields as a result.

The 15-inch rows come much closer to achieving equidistant planting at higher populations than do more traditional 30-inch row spacings.

With a population of 28,000, plants are approximately equidistant — 15 inches apart in 15-inch rows.

Stine and other seed companies — as well as various land grant universities — have experimented with high population density corn in various sub-30-inch widths but 15-inch rows were chosen in the southwest Missouri trials so the farmers involved could use their existing 15-inch row soybean planters.

For sidedress fertilizer application, the applicator drove across the rows at the V5-V6 stage.

Harvest, however, did require an equipment switch. One of the farmers leased a 15-inch row corn head from Calmer Corn Heads in Lynn Center, Ill. The owner, Marion Calmer builds custom heads and is a narrow row corn innovator.

The header worked well although with harvest a little later than ideal, some of the stalks had broken over near the tops of the plants. That made it difficult to see the rows at times, according to Mike Brisco from Lockwood who harvested the plots on the Schilling farm.

For Schilling himself, the narrow row concept is both intriguing and promising.

“I think it’ll be the thing,” he said. “I think it’s important for the corn to be bred for it but the narrow rows look real good here. If we’re going to keeping increasing yields we’re going to have to get more plants out there. This looks like a pretty good way to do it.”