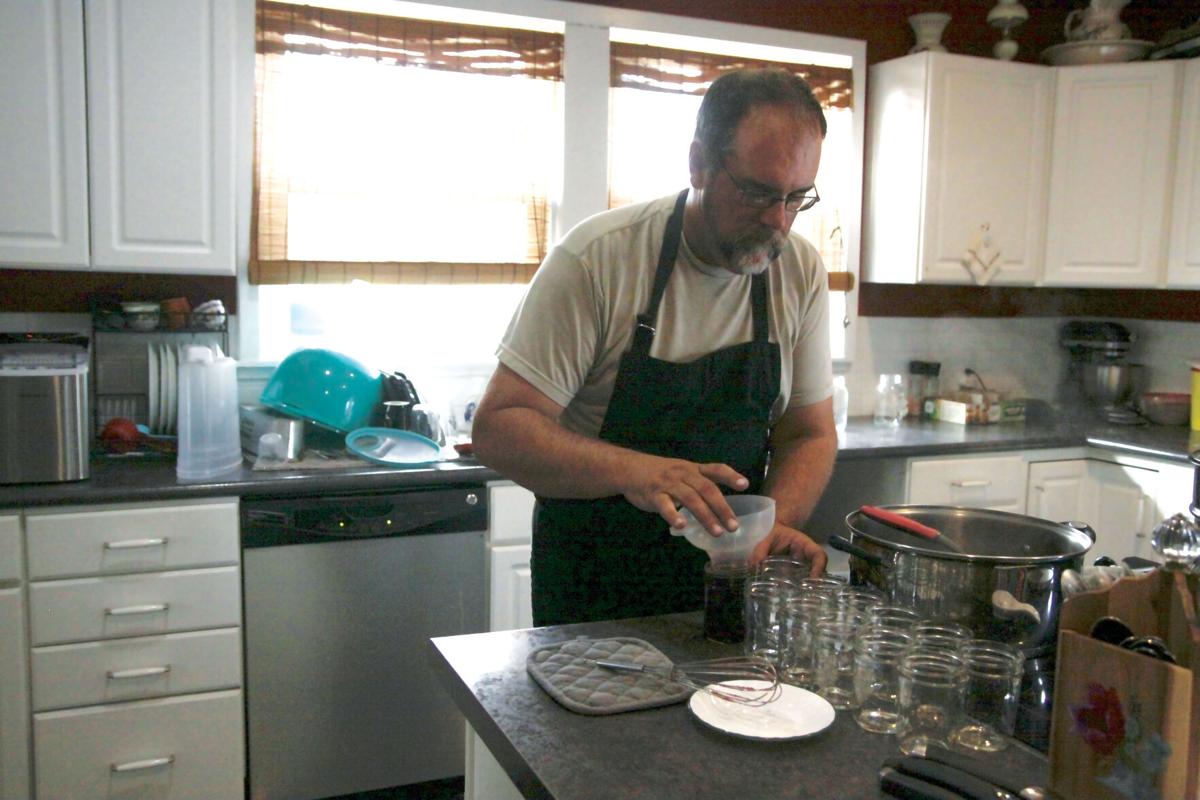 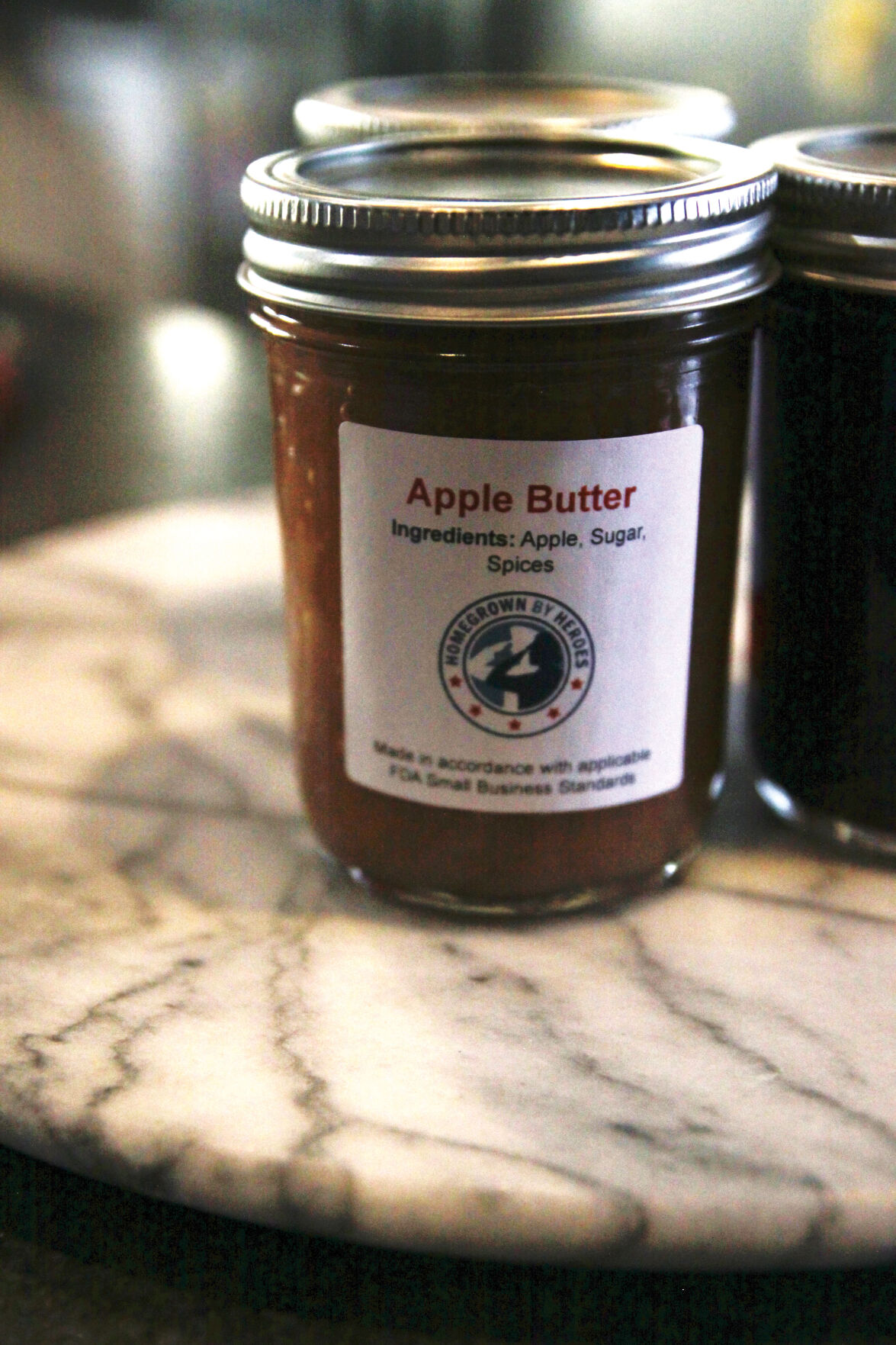 Active duty combat medic to zucchini bread savant sounds like a heck of a career transition. But, for Arkansas City, Kansas, farmer Chris Palmberg the journey from Kansas to Iraq and back again taught some hard lessons about ingenuity, responsibility and the ability to create value out of duck eggs and phase three zucchinis.

Growing up in Palco, Kansas, Palmberg participated in 4-H and FFA as a child but his focus from a young age was on the military.

“I had my eye on Pittsburg State University’s ROTC program because it’s one of the best in the state,” Palmberg said. “I missed a deadline for the program and ended up as an Army Reservist instead.”

After serving in the reserves for 10 years, Palmberg was slated to be out in December 2001. After 9/11, he decided to take on active duty and deployed for his first of two tours in Iraq as a platoon medic for the 3rd Cavalry Engineer Company in 2003.

“I wanted a combat MOS and so the recruiter I was talking with told me there were only two jobs available with combat in the name, one of which was a combat medic,” Palmberg said. “Both of my parents worked as EMTs growing up so combat medic seemed like the best fit for me.”

After returning from his tours mostly unscathed, at least physically, Palmberg reexamined the kind of life he wanted to live as a civilian, and after working a variety of different jobs while moving cross-country with his wife, he had a few parameters for his career.

He didn’t want to work inside all day or report directly to a boss. No mindless tasks or 9 to 5 drudgery would do, and so Palmberg used his G.I. Bill for an education in entrepreneurship and business management.

“I used my vocational training to make up for elective classes you would normally take in college,” Palmberg said. “My degree is in applied management and I started looking for opportunities in economic development.”

The call came in the form of an economic development position for the western outpost of Ness County, Kansas.

“Ness County has 2,900 people in it and just over a thousand square miles,” said. “I started looking into alternative ways to increase jobs in that environment and that led me to research growing and marketing local foods.”

Ness County doesn’t necessarily have the employee numbers or access to housing that would make it attractive to large corporations, but it does have an excess of land and farmers, which created a good opportunity for growing local food.

Palmberg’s investigation led him to a study Kansas State University was completing at Ft. Riley where researchers found that working in horticulture helped veterans with Post Traumatic Stress Disorder cope. Like many veterans returning from combat, he was focused on improving his mental health and the prospect of growing his own food felt like a perfect fit.

“I figured if there was research about veterans growing local food, there were probably grants to support it as well,” Palmberg said. “It felt like my opportunity to get a little bit of my own land and see if it would work for me.”

Palmberg applied for a grant through the Farmer Veteran Coalition Fellowship Fund, which awards vets with small capitol for project just like the value-added brainchild he was working on.

While he didn't recieve a grant, the exposure to the program helped him get information about and involved in the local farmer’s market near his home in Goodland, selling eggs, produce and breads. With a busieness up and running, Palmberg also enrolled in FVC’s branded program Homegrown by Heroes.

“I got involved with Homegrown by Heroes one year at the Farmer Veteran Coalition Conference,” Palmberg said. “There’s a lot of information that goes out at that conference every year both vocationally and about the organization as a whole, plus it’s a great event to meet people with similar experience and stories to share.”

When Palmberg and his wife moved from Goodland to Arkansas City to be near family, his up-and-running value added farm was his full-time job, and he continued working as a farmer in their new location, with a few adjustments.

“The growing season is different down here and there’s a lot more grass so our garden wasn’t as successful this first year,” Palmberg said. “I only had a few crops really produce, including zucchinis and okra.”

Zuchinis were a popular crops for Palmberg back in Goodland as well and they are the basis for his farm’s top selling product — zucchini bread.

“We’ve created about 27 total different types of zucchini bread over the last few years, everything from spicy strawberry jalapeno to an attempt at s’mores,” Palmberg said. “It all started as a way to add value to leftover zucchinis.”

Palmberg explained that during garden season, zucchini have three phases. The first is when a gardener offers zucchini to a friend and the response is “Oh, you’ve got zucchini? Sure, I’ll take some.”

The second stage is visiting random social gatherings just to try to leave some zucchini behind for friends and family to take home.

The third stage, Palmberg said, is when neighbors begin actively locking all doors and windows regardless of heat just to avoid being given zucchini. After exhausting all of his options to give away extra zucchini and a batch of duck eggs, Palmberg began experimenting with zucchini bread to have a new product for the following week’s farmer’s market.

“About the same time we started doing the value added stuff, we learned that my wife is diabetic,” Palmberg said. “I’m not allowed to sell product after it’s been sliced in the state of Kansas, so I’ve had to learn ways to taste our product without cutting into a full loaf and then being forced to eat it all by myself.”

Once they had a good method of tasting and marketing their wide variety of flavor offerings, for both the zucchini bread and jelly options, Palmberg said the value-added side of his Lazy E Farms business, restored their relationship with the community, especially during times of zucchini surplus.

“It took us a while to figure out how to sample in this environment and eventually we began using soufflé cups to make smaller tasting batches,” Palmberg said. “It’s made us very popular at church during market season because our market is on Saturday and we always take the leftovers with us on Sunday.”

For Palmberg, the freedom of working with his hands on his own land every day marked a turning point from unsatisfying day-jobs and a path to joining a supportive community of fellow value-added producers and farmer-veterans.

“The same mentality and mechanics that make unit combat effective also make this business a success,” Palmberg said. “You have to have plans, a network, mentors, and peers — this is not a solo career.”