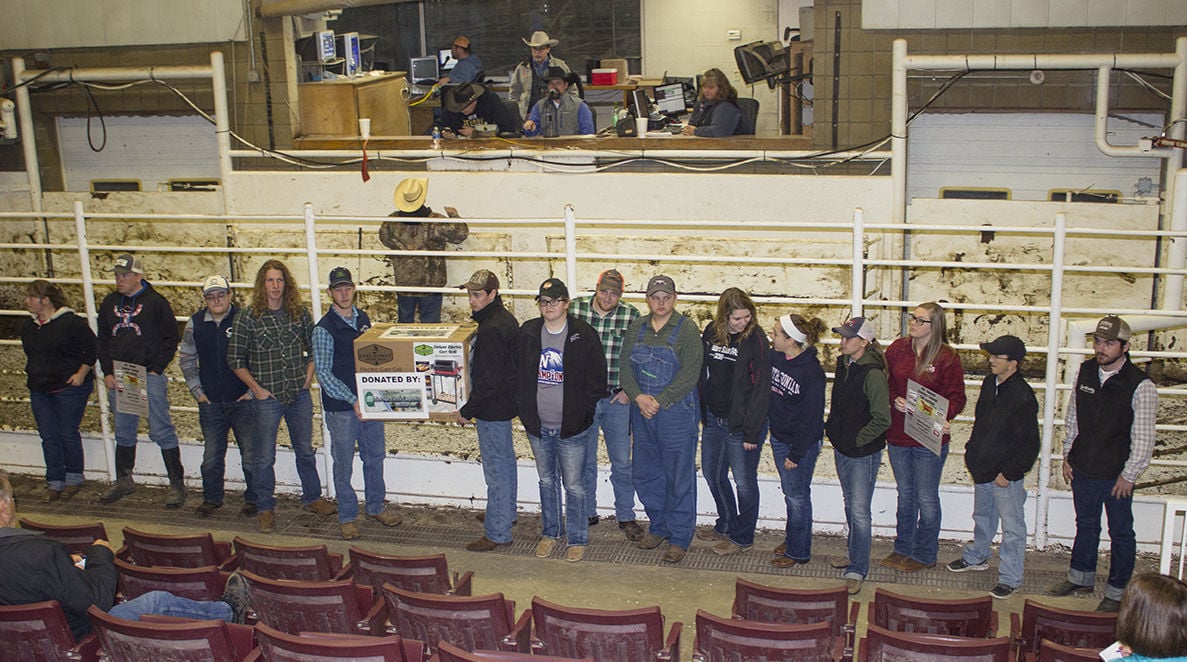 Members of the Crowder College Agriculture Department auctioned off a calf donated by Dr. Clarence and Joan Martin of Neosho, Missouri, and a grill donated by New-Mac Electric to raise money for scholarships and activities. 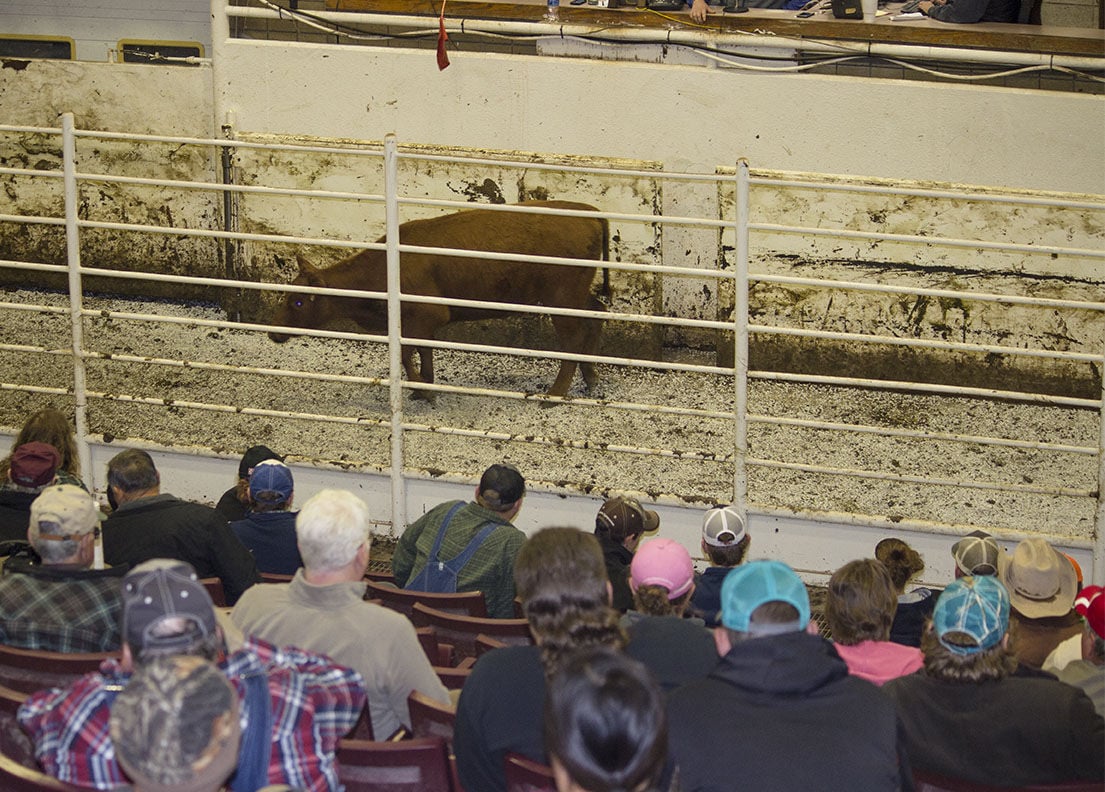 Members of the Crowder College Agriculture Department auctioned off a calf donated by Dr. Clarence and Joan Martin of Neosho, Missouri, and a grill donated by New-Mac Electric to raise money for scholarships and activities.

The Crowder Aggies raised over $13,000 at the fourth annual Crowder College Calf Auction at the Joplin Regional Stockyards on April 5.

The weekly Wednesday Cow and Bull Sale was paused while supporters of the Aggies and area cattlemen bid on the Red Angus calf over and over.

“The community is behind the good students at Crowder College,” said Dr. Ron Rogers of Anderson who purchased the calf. “We’ve got people standing in line waiting to donate calves. They donate because it’s a good cause.”

Dr. Clarence and Joan Martin of Cedar Creek Farm, Neosho, Missouri, donated the calf to raise money for scholarships and activities of Crowder agriculture and veterinary technology students. A grill donated by New-Mac Electric also was auctioned at the event.

The calf was auctioned for just under $9,700 and corporate sponsors and other donations brought the total to over $13,000 for the Crowder Aggies.

“The scholarships we get, we have to work for,” said Jacob Rapp of Rockville, Missouri, a student who has received one of the scholarships from the annual auction.

“They help pay for travel seminar, which is a class we take,” Rapp continued. “We go places and learn about ag in that place. The last one we went to was in Kauai, Hawaii.”

Rapp said Kauai is one of the most agricultural Hawaiian islands. While the students were there, they had the opportunity to plant and harvest taro and see the complete process of making the crop into poi.

“We got to harvest it and got to plant it,” said Leslie Hawkins of Lebanon, Missouri, another student who has benefited from the funds raised from the calf auction. “It wasn’t a touristy ‘We’re going to show you this.’ We got right down and got muddy.”

The experience helped the students to see how agriculture differs — from small farms to large farms and from Missouri to Hawaii.

“We got to go to a cattle ranch one day and got to work about 60 head of calves,” Rapp said.

Hawkins added this experience helped her see how ranching on an island is different from ranching in Missouri.

“We got to learn their process and how they do things,” Hawkins said. “It’s more expensive to ship in grain so they kind of work with what they have.”

Another difference, the students pointed out, was the need to be vertically integrated.

“They’re competing with every other place that’s selling beef,” Rapp said. “If they can do it in Hawaii, it’s better. If they don’t, they have to ship it to the mainland to be slaughtered and then shipped back. That’s just money they’re losing because it’s expensive.”

The students also visited community gardens and about the push to be self-sustainable.

“If they’re cut off from the mainland, they’ll run out of food in three days,” Rapp said.

Hawkins added they visited a man who taught people how to farm so those living on the island could learn to raise their own food.

Both students agreed the experience helped them learn about marketing a variety of products.

“We didn’t just go for organic or not organic,” Hawkins said. “We saw the whole scale. We didn’t leave anything out. We may not have liked it all but we still went and learned stuff from it.”

The Joplin Regional Stockyards hosted another fundraiser recently when a calf was auctioned over and over again to help the victims of the wildfires in Texas, Oklahoma and Kansas. The Newton-McDonald County Cattlemen’s Association, which is a supporter of the Crowder Calf Auction, donated $1,450.

On April 30, the Crowder Aggies will be hosting another event — the sixth annual Cody Jenkins Memorial Roping at the Roughrider Arena in Neosho. For more information, like the “Crowder Aggies” page on Facebook or contact Jorge Zapata at 417-393-0417 or Nathan Sorrell at 417-224-1153. £