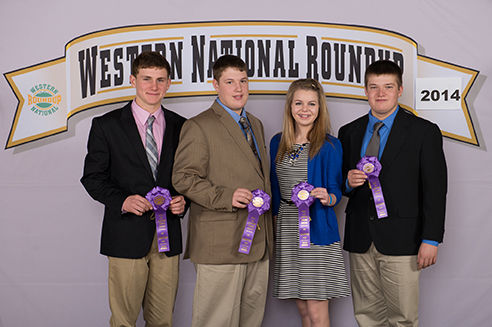 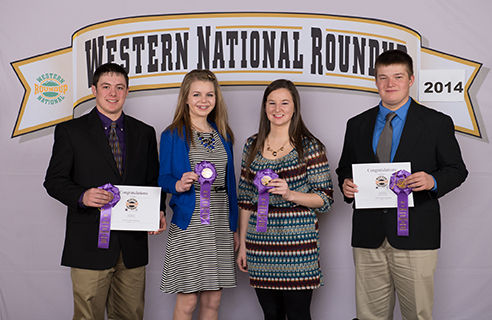 The district includes Allen, Bourbon and Neosho counties. The livestock quiz bowl team bested 12 others teams from across the United States to earn the title of national champions.

In livestock quiz bowl, students must have an understanding of current events in the beef, dairy, goat, sheep and swine industries. They also study major issues that affect the livestock industry. The purpose of the livestock quiz bowl is to stimulate learning, reward 4-H and FFA members for knowledge and provide a competitive setting where attitudes of friendliness and fairness prevail. Kansas 4-H members were able to outscore teams from Indiana, Texas and Ohio to win the championship. Team Captain Trent Johnson was named high individual in the quiz bowl and teammate Colton Heffern was reserve high individual.

The Southwind Livestock Judging Team competed against 30 other teams at the National Western Contest at Colorado State University in Fort Collins, Colorado. After a long day of judging market and breeding cattle, sheep, swine and goats, the team was recognized as the high team in meat goat judging. They were also fifth in sheep, sixth in reasons, 11th in cattle and seventh team overall. The goal of livestock judging is to compare perception of an animal against the ideal and to contrast that opinion with an official placing. It consists of placing a group of four animals, and then orally defending that placing through an organized set of reasons.

These teams spent much of their Christmas break studying and practicing in preparation for these contests. Team members traveled to the Kansas Beef Expo to win champion team and Caitlin Dreher was high individual. They also attended workouts for goats and cattle in Stillwater, Oklahoma, sheep in Yates Center, Kansas, cattle in Manhattan, Kansas, and hogs and cattle at the Allen Community College Farm.

Southwind District 4-H members earned the opportunity to represent Kansas 4-H at the National Western by being the reserve champion teams at the state 4-H livestock contests. Both teams are coached by Southwind Extension District Agent Carla Nemecek. £